Why are Most Nigerian Startups Registered Abroad 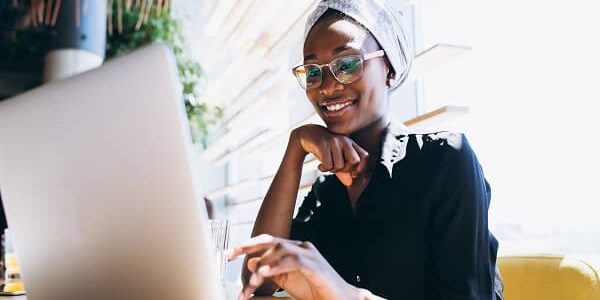 Nigeria’s position as the number one destination for startups in Africa has been sealed in recent years. According to Nairametrics, Nigerian startups have collectively raised a sum of $1.65 billion out of a total of $4 billion raised by African startups through seed and series fundings in 2021.

In 2022, that record was smashed again based on reports by Disrupt Africa, African Startups have now raised the sum of $1 billion in just January and February alone, 25% of what was raised in the entire previous year in just two months! So where is all the money raised flowing to?

Ordinarily, most people may naturally assume that these startups have their registered offices in Nigeria and the funds raised will flow into the country where their operations are. On the contrary, this is not the case. Instead, what obtains in reality with many heavily funded and popular Nigerian startups like Flutterwave, Paystack, Andela, and some others is that the bulk of the funds goes abroad. Why? you ask? Well, the primary reason for this is because these startups have their parent offices in jurisdictions such as Delaware, Mauritius, San Francisco, Seychelles and other business-friendly investment jurisdictions. This may come as a surprise but actually, the decision for foreign incorporation is strategic and I will share several reasons why.

Many VCs operating in Africa mandate that startups participating in their funding rounds must be incorporated overseas i.e out of Africa. Taking a look at the Y Combinator, a very popular American technology startup accelerator, which has written cheques for no less than 28 African startups to date, expressly requires that all investments must flow back into American corporations. For example, the excerpt below is taken from the FAQs page on Y Combinator’s website wherein they mandated for their participants to incorporate in certain jurisdictions:

“If your company is already incorporated somewhere other than the United States, Canada, Singapore or the Cayman Islands, in order to participate in YC you will need to create a parent company that is in one of those jurisdictions. The existing company will then become a subsidiary of the new United States, Canada, Singapore or Cayman parent company.”

In Nigeria, the regulatory landscape for businesses in Nigeria has several hurdles that few startups can scale. Despite the ease of doing business initiatives,  applications for the requisite licences remain tedious and demanding. Relevant stakeholders in different industries have stated that the Nigerian regulatory sphere does not give startups the chance to test the waters without obtaining a licence to run their operations. This is called a regulatory sandbox and is popularly used in other jurisdictions e.g. South Africa to test unlicensed services and products without fear of sanctions. In 2021, a regulatory sandbox was launched by the Central Bank of Nigeria (CBN) for fintechs, intending providers of financial services, developers of new technologies not regulated by any CBN existing regulations.

Additionally, the exorbitant licensing fees startups have to pay to be granted these licences and the ‘extended’ procedure for acquiring the same. For instance, to run a VC Firm in Nigeria, registration at the Securities and Exchange Commission will cost a total of Ten Million, Seven Hundred Thousand Naira (N10,700,000.00) per the amendment to Schedule I, released in December 2021. This is separate from the incorporation costs incurred at the Corporate Affairs Commission.

Especially in Nigeria where a new regulation can be brought, without recourse to engaging stakeholders. For example, The Central Bank of Nigeria (CBN) banned the use of bank accounts for funding cryptocurrency wallets, stating that together with the Securities and Exchange Commission shall conduct research with a view of discovering ways by which it can be regulated.

The Startup Act will allow startups the opportunity to explore, thereby giving them room to innovate and also setting evident exemptions from regulatory hurdles.

Under Nigerian taxation laws, a company duly incorporated within Nigeria is expected to pay some taxes irregardless of whether they are a startup or a going concern. A company is expected to pay the following taxes at the federal level:

For a startup to pay this level of taxes, how much profit will they enjoy and plough back into their business? For startups who are just starting out, taxes being paid should be reduced.

The Nigerian Startup Bill, which at the readings stage of the legislative process, highlights certain tax exemptions that labelled startups can access, such as exemption from paying companies income tax and other taxes charged on the companies revenue for a period of 4 years.

Country risk refers to the uncertainty inherent in investing within a given country. This is as a result of numerous factors ranging from economic, political, exchange-rate or technological.

Where there are situations of huge country risk, investors may wish to protect themselves by not investing in such. Imagine waking up to the bank account of your company being frozen without fair hearing? That is the reality of Nigerian startups.

However, this has led to the conversation of whether there is favouritism in the selection process. In 2021, 73% of the over $4 billion raised by African startups was done by CEOs who had their latest degrees from universities outside Africa.

Does this mean that startups with founders who were educated largely in Africa will not have access to this merely because of the African schools they studied at? Using the same statistic, 8% of the funds raised in Nigeria was done by CEOs with African degrees.

Investing a particular sum in a company usually comes with some perks such as substantial shareholding, a say in the operational running of the company. Could be argued that most of these popular startups are Nigerian by proxy because of their founders.

Delaware, San Francisco, Seychelles, etc. remain popular destinations for start up registration and attractive due to several factors. These are: