Addressing the Concept of Neutrality in Sports 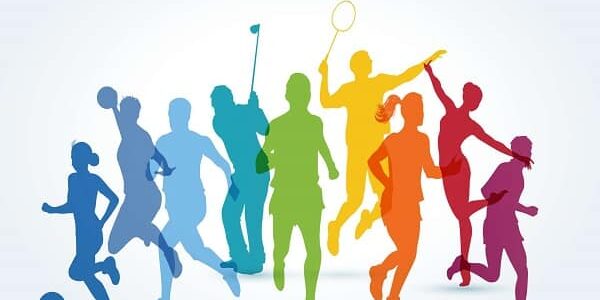 The world has watched the tragic events unfold in Ukraine and the slew of economic sanctions as well as the digital embargo on Russia following its attack on Ukraine. In an unusual move sports stakeholders globally have also taken a strong stance and have imposed several sanctions collectively on Russian sports teams in response to the events in Ukraine.

The strong reactions have sparked an interesting debate over the true position of sports and its status on neutrality as well as the role of sports in the geo-political sphere. Let us be reminded that it is a fundamental principle in sport that it must be neutral and free of political, religious, or other interference. The focus of the field of play and related ceremonies, in particular, must be on celebrating athletes’ performances and showcasing the sport and its values.

The Olympic Charter and FIFA Law 4 forbids any form of political or religious expression on the sports ground.

This principle enshrined in both the Olympics and FIFA laws has now been tested.

Russian teams and clubs have consequently been barred from all but a few international tournaments. The first significant immediate steps were taken by the European football governing body, UEFA, to immediately show support for Ukraine on and off the pitch. Also, UEFA moved this year’s signature UEFA Champions League final from St. Petersburg, Russia to Paris. The Russian basketball clubs were barred from EuroLeague contests.

Extending the sanctions, all Russian clubs and national teams were barred from competing in FIFA and UEFA competitions until further notice. Spartak Moscow was eliminated from the UEFA Europa League after reaching the Round of 16 in 2021-22.

The invasion has also led to several sponsors and companies cutting ties with partners in Russian. To support Ukraine, US-based video game producer EA Sports decided to remove all Russian clubs and national teams from its platforms, including FIFA and NHL, and Adidas ended its collaboration with the Russian Football Union (RFU).

Sport protects and promotes values that are common to the international community, except for some marginal extremist groups, whose views do not align with the community as a whole. At the same time, it undermines these goals if it is used for the pursuit of agendas concerning highly controversial and divisive subjects.

From the above observation, can it be deduced whether Russia’s attack on Ukraine is a political or ethnic struggle or an action that affects the whole international community?  We can safely assume that the idea of invading and bombarding a sovereign state, which has not attacked one’s country, should be considered a crime against humanity. Moreover, a military invasion without a declaration of war, bombarding civil targets solely to instill fear in the civilian population, attacking hospitals and schools, or threatening nuclear annihilation against those who choose to intervene on the opposing side is far from acceptable.

As a result, the actions taken by international sports governing bodies in response to Russia’s assault on Ukraine appear to be consistent with the principle of sporting neutrality. They do not seek to advance a political agenda, but rather to realise the international sports goals which are “to place sport at the service of the harmonious development of humankind, to promote a peaceful society concerned with the preservation of human dignity”. According to the wording in the Olympic Charter.

Also, Articles 1 and 2(a) of the UEFA Statutes make it clear that UEFA is:

“neutral, politically and religiously”, with an overriding objective to “promote football in Europe in a spirit of peace, understanding and fair play, without any discrimination on account of politics, gender, religion, race or any other reason”.

It is a  polarising discussion but one can consider that the neutrality of sports does not and should not undermine the right of international sports communities to have a say in matters that pertain to human rights and peace in the world.