Can The National Conference Provide A Legal Basis For A Brand New Constitution? 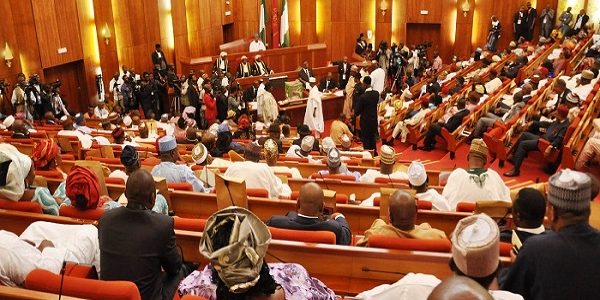 At last, the Sovereign authorities have accepted the need for a National Conference. Civil society in Nigeria has always insisted that only the People of Nigeria can authenticate, legitimize and endorse a Constitution to govern their affairs. Unfortunately, this simple wish was always denied by the colonial, military and even elected government. So President Goodluck Ebele Jonathan’s Independence Declaration is a major milestone.

The Late Aka-Bashorun, my most illustrious predecessor, as President of Nigerian Bar Association, the first to clearly articulate the need for a Sovereign National Conference, as long ago as the 1980’s, must be rejoicing in his grave. Civil society has always stated that a National Conference is a vital requirement for a People’s Constitution for Nigeria.

Civil society’s demands have always been straight forward and simple- that Nigeria will benefit from a robust discussion on two vital questions posed by Late Bola Ige, when he said “…there are two basic questions that must be answered by all of us Nigerians. One, do we want to remain as one country? Two, if the answer is yes, under what conditions?” I respectfully suggest that Bola Ige’s questions are well framed as the relevant National Questions we need to address, if we are to build a new Spirit of commitment to Nation and service to motherland.

President Jonathan has charged a committee to frame the issues and nature of participation, and most important the legal basis upon which the outcomes of a National Conference can be enacted into law by the National Assembly.

Civil Society on the other hand has expressed the view that the nature of the conference will necessarily have to be sovereign. I will return to the basis of this request by civil society.

What is important at this stage is the utilizing of the limited platform offered by President Jonathan to engage Nigerians in very robust discussions on the Constitution and without “No-Go” issues.

Even though there are challenges about participation, my suggestion is that participants may be drawn from ethnic nationalities and at least the six basic estates of the realm, namely the Executive, Legislature, Judiciary, Media, Civil society and Organized Business. I have defined civil society in a very broad sense to include NGO’s, religious and traditional institutions and of course labour, youth and women.

I agree with Dr. Tunji Abayomi when he said “Every Constitution is preceded by a debate of terms and consensus on principles”. This simply means that we have to agree. I think the most important key to a successful National Conference is the structure of government and devolution of powers. It is obvious that Nigeria is a very diverse country. Scholars suggest that federalism is the political system best suited to diverse peoples. If this is agreed at the conference, the corresponding question should be about the structure of the federal system and the scope of powers of the autonomous governments, that is the federal government on the one hand and the state government and even the local government, on the other.

I would readily adopt Dr. Alex Ekueme’s recommendation that the new structure of Nigeria should be based on our six geo-political zones. I would further recommend massive devolution of powers from the Central government to the state governments. This is called the principle of subsidiarity. If we accept this basic conceptual framework, it will then be easy to constitutionalise the political arrangements into a Peoples constitution.

Now to compensate for the non sovereign nature of the conference, I would like to identify four vital elements that we must keep in mind. They are inclusion, authority, validity and legitimacy.

By inclusion I mean every Nigerian must be allowed to freely speak his mind. By authority I mean that we have to accept that the President and National Assembly are the convening authority. By validity the government has to accept that we the People shall validate the Constitution by Referendum. By legitimacy I mean that our discussions shall not be altered by the government, but shall be final and binding and validated by Nigerians

I now turn to perhaps the most difficult subject of all in this matter of the National Conference. Here is the question- after we agree, how do we bring the discussions into legal force? I think Prof. Ben Nwabueze, SAN, has, as usual, provided a simple and lucid answer.