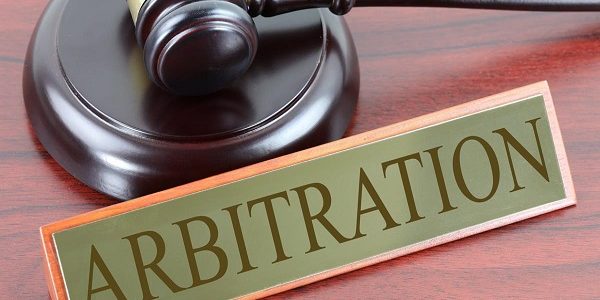 The Author is an Associate in the Law Firm of Messers Olisa Agbakoba & Associates and acted as Respondent’s Counsel in the arbitration between First City Properties v. Huawei at the Lagos Multi-door Court House

Valuation analysis is a frequent element of commercial disputes and arbitration.Valuation professionals are often called to serve as expert witnesses in these cases. More frequent are cases of valuation for damage to property vis-à-vis the cost of reinstatement. In any case, whether the venue of such arbitration is an international arbitral institution or a court-connected arbitral centre, like the Lagos Multi-Door Courthouse, the expert witness must consider:

1. The requirements concerning the role the expert is expected to play, the rules of evidence and procedure the expert must

follow, and the standard of reliability and relevancy the work must satisfy;

2. The ethical and professional responsibilities to which the expert must adhere;

3. The need for effective communication in the form of written and oral testimony.

The Claimant, as beneficial owner of a property in Victoria Island, Lagos entered into a Tenancy Agreement with the Respondent for a term of three (3) years. The total amount paid for the lease was N217,800,000.00. Paragraph 3(r) of the Tenancy provided that “the Respondent shall at the expiration of the tenancy re-instate the demised premises to the state in which it was originally let”. Upon the expiration of the term granted, a dispute arose on the interpretation of some clauses in the Tenancy Agreement. Parties submitted to arbitration being a clause of the tenancy.

It was the Claimant’s contention (which the Respondent vehemently denied) that the Respondent violated the provisions of the Tenancy Agreement when it failed to re-instate the property to the state in which it was originally let to the Respondent. The Claimant claimed special damages in the sum of N38,611,300.00 being the cost of repairs, renovation and reinstatement of the property. During hearing, the Claimant relied on a Valuation Report (Exhibit CW1) to support its claim for special damages.Under cross-examination, the Expert Valuer stated as follows:

“RC: You were asked to carry out value of alteration and cost of re-instatement?
CW1: Yes
RC: Where in your Bill of Quantity did you state the value of the alteration?
CW1: This document comprises the value of alteration;
RC: Show us
CW1: I can tell you what is there, its just typographical error”
CW1, according to his witness statement was commissioned to evaluate the alterations made by the Respondent to the property and to provide the costs of reinstating the property to its original State. However nowhere in the report does CW1 directly correlate any alteration and or structural damages in the property to the creation of additional rooms by the Respondent. If the expert was commissioned to provide costs of reinstating the property to its original state, how then would he have had the knowledge of the original structure of the premises? There was no evidence before the tribunal to show that witness CW1 was informed of the original state of the premises. The Respondent urged the tribunal to discountenance the Bill of Quantities for the following reasons:

Expectedly, the arbitral tribunal agreed with the Respondent’s submission and rejected the Claimant’s Valuation Report. The tribunal stated at page 30-31 of the Final Award that:

“I FIND that there is no break down of the items that were damaged, nor of those that needed repairs, nor of those that had to be replaced in each flat, in exhibit CW1…I do not agree with the Claimant that the evidence that will sustain the Claimant’s case, which exhibit CW1 purports to be, should contain just the quantity of materials to be replaced in the demised property and the cost of those replacements as set out and itemized in Exhibit CW1. I HOLD that the Claimant has an obligation to do more…”
DUTIES OF AN EXPERT IN VALUATION

Valuation is a specialized field which has evolved in response to developments in law, taxation, finance, accounting, and economics. Professional organizations have been established that promulgate standards for valuation and provide certification. There is a body of relevant case law. However, there is no single authority establishing appropriate valuation principles and methods. Instead, several general observations can be made concerning practices that have garnered favorable results by our Courts and Arbitral tribunal.

Akintan, JCA, (as he then was) commenting on the duty of an expert to give in his report the scientific criteria for their conclusions held in OGIALE v SHELL PETROLEUM DEVELOPMENT CO. OF NIG LTD (1997) 1 NWLR [Pt 480] 148 at 165 paragraphs E-F as follows:

The appellate Courts in Nigeria have stressed the need for trial Court to be wary and cautious in relying on expert report especially when the said expert report is commissioned by the Plaintiff. The reason being that there is the danger or possibility that independence of the report may have been compromised by the expert since the expert may be tempted to do the bidding of the person who commissioned and paid him. The issue here is not the “actual absence of independence” but the “real danger or possibility” of absence of independence.

“It is sad feature of litigation that expert witnesses, particularly in valuation cases, instead of giving evidence of their actual views as to the true position, enter into the arena and, as advocates, put forward the maximum or minimum figure as best suited their side’s interests. If experts do this then they must not be surprised if their views carry little weight with the judge. In this case, such evidence rightly led the judge to reject the expert evidence of both sides”
The seminal case English case of National Justice CompaniaNaviera v. Prudential Assurance Co. Ltd (The Ikarian Reefer) (1993) 2 Lloyd’s Rep 68 clearly and perspicaciously summarized the guidelines for expert in valuation arbitration as follows:

uninfluenced by the exigencies of litigation

2. An expert witness should provide independent assistance to the tribunal by way of objective and unbiased opinion to

matters within his expertise

3. An expert witness should never assume the role of an advocate.

4. An expert witness should not omit to consider material facts that could detract from his concluded opinion.

5. An expert witness should make it clear when a particular question or issue falls outside his expertise.

6. If, after exchange of reports, an expert changes his view on a material matter, having read the other side’s expert report

or for any other reason, such change of view should be communicated to the other side without delay, and when

appropriate, to the tribunal.

Complex arbitration frequently requires reliance on valuation professionals to provide expert testimony. Successful testimony mandates a thorough understanding of the requirements of the tribunal, a commitment to high ethical and professional standards, clear and concise communication, and thorough, well-supported analysis.