Review of the New FIFA Rules for Football Agents 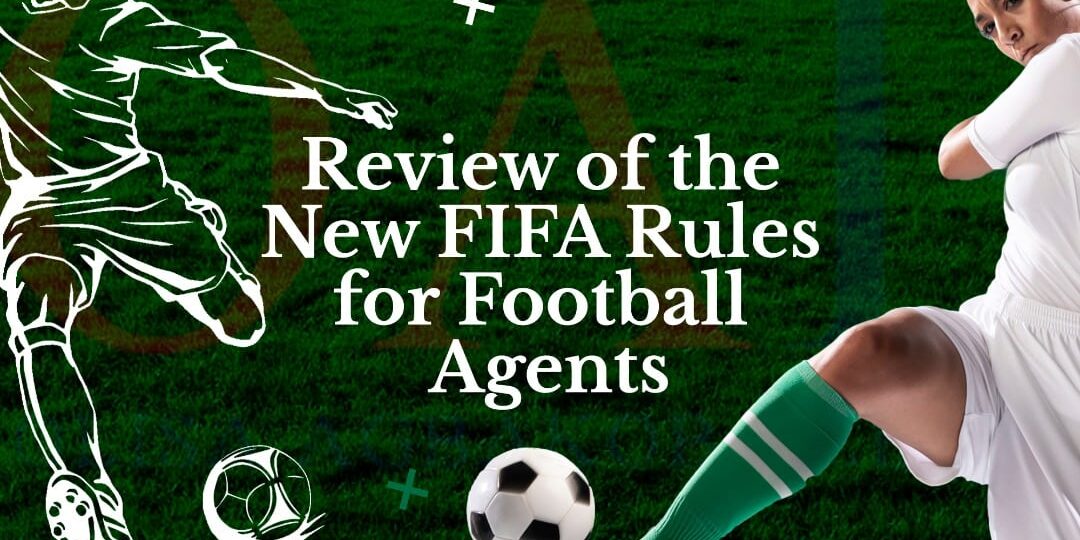 FIFA has a long history of regulating players’ and agents’ relationships going back about 3 decades. The last comprehensive system for agents was promulgated in 2008 and required that all transfers be conducted by licensed agents only, with a very high bar to become a qualified agent. The New FIFA Rules for Football Agents abolishes the licensing system entirely, publishes a set of guidelines on how “intermediaries” should act, and delegates the interpretation and enforcement to the national associations. To curb certain defects, FIFA has now introduced a set of rules to regulate agents’ and players’ affairs.

A Few of the expected amendments in the proposed FIFA rules as regards the regulation and protection of players and agent standards are:

A. YES, A REQUIREMENT FOR AGENTS TO WRITE AND PASS A LICENSING EXAM:

The reintroduction of the licensing system and a requirement for agents to pass an exam as a prerequisite for obtaining a license. Also, there is going to be an annual training and continued professional development to aid capacity building and to ensure agents maintain various ethical standards.

Q. What are the new Compliance Measures?

A. STRICT COMPLIANCE WITH LICENSING REGULATIONS:

There will be strict compliance for agents to achieve minimum eligibility requirements in order to obtain a license to act as an agent for any player. Thus, agents with a criminal record, or who deceitfully misrepresent facts during the eligibility application process will be refused a license.

There will be certain eligibility requirements for agents to qualify for a license effectively barring agents with a criminal record, regulatory disqualifications, or who provide false or misleading information from carrying out agency activity; and

Q. What are the obligations owed by agents to their clients?

A. MANDATORY OBLIGATIONS OF AGENTS:

Specific obligations on agents will be enshrined in the regulations so, for example, agents must act in their client’s best interests, and inducements and concealing of facts will be strictly forbidden.

Q. How will minors be protected?

A. AGENT REPRESENTATION OF MINORS:

Before an agent can represent a minor or represent a club in a transaction involving a minor, they will need to complete a designated course on minors. Representation contracts for minors must be signed by legal guardians. However, agents will receive a certain commission for transactions involving minors if it relates to the player’s first professional contract.

A. RESTRICTIONS  ON MULTIPLE REPRESENTATIONS:

Q. What are the regulations on Agents’ commissions?

A. CAP ON AGENTS’ COMMISSION:

Q. How will FIFA regulate the agency?

A Regard to transparency and accountability has been proposed as there will be a requirement for all relevant documents involving agents such as the executed contract of representation to be submitted and published by FIFA. This is to also include evidence of any payment made under the agency.

Q. What happens in the event of disputes?

To entertain and settle disputes, FIFA has proposed the establishment of a FIFA football tribunal to hear and settle any dispute involving agent relationships.

Q. What are the reactions from stakeholders?:

A. Concerned stakeholders eg agents, clubs, lawyers, etc. are in support of the proposed regulations. The re-introduction of the licensing system also is a major tool to ensure the professionalism and credibility of agents.

Some agents on the other hand feel strongly that these proposed changes will have a damaging effect on their business and that despite FIFA’s claim to the contrary, For example: Regulating and reducing agents’ remuneration may damage contractual stability as agents will be encouraged to move players more often to get paid plus lead to a decrease in the quality of services.

Q. What date were the new FIFA rules for football agents Introduced?