Release of Football Players for Games, A Brief History of AFCON and The Call Up Rules. 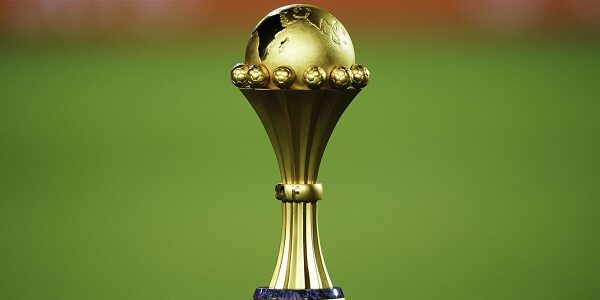 The African Cup of Nations (AFCON) has been held every two years since 1957, making it older than the corresponding Union of European Football Associations (UEFA) which was first hosted in France in the 1960 European championship.

At the 1st tournament held in 1957, there were only three participating nations: Egypt, Sudan, and Ethiopia. South Africa was scheduled to compete but was disqualified due to the government’s apartheid policies at the time.

Since then, the tournament has grown significantly, necessitating a qualifying tournament as a hurdle for teams to scale through. Algeria is the current Cup champion whereas Egypt is the most successful nation in the cup’s history, winning the tournament seven times (including in 1959, when Egypt was united with Syria as the United Arab Republic).

Three trophies have been awarded during the tournament’s history, with Ghana, and Cameroon winning the first two versions to keep after each of them won a tournament three times. The current trophy was first awarded in 2002. Egypt won an unprecedented three consecutive titles in 2006, 2008, and 2010.

The release of professional football players from their clubs to their respective national teams has always been a subject of discussion and contention and has unsurprisingly been the subject of many disputes. The obligation on clubs to release the players to their national teams for international fixtures may not only lead to the players potentially missing some club games, but also lead to them being overworked, which raises concerns bordering on health and safety and player welfare.

Whilst representing one’s country on the global stage remains one of the highest honours for footballers with the World Cup considered the holy grail, it comes with it own set of consequences and sacrifice.

Players are often forced to set aside their personal commitments in order to protect the longevity of their careers, by playing for their national team even if it is not in their best interest to do so. The AFCON tournament was originally supposed to take place in the summer of 2021, but it had to be postponed due to the COVID-19 pandemic.

European Clubs’ also expressed concerns to the European Club Association which in turn wrote to the Confederation of African Football and FIFA to express concerns about player safety. Shockingly, the association further proposed that teams REFUSE to release their players of African origin for the AFCON games if certain principles were not followed. This caused an outrage with many popular footballers of African and black origin protesting the treatment of the AFCON cup as an inferior competition and making comparisons with other leagues which clubs do not have issues releasing their players for.

The regulations state unequivocally that clubs are obliged release any registered players to a national representative team if they are called up to a squad. Annexe 1 of the Regulations on the Status and Transfer of Players outlines 11 guidelines for dealing with national team call-ups.

According to Principle 1.1: “Clubs are obliged to release their registered players to the representative teams of the country for which the player is eligible to play on the basis of his nationality if they are called up by the association concerned. Any agreement between a player and a club to the contrary is prohibited.”

This technicality has previously resulted in several disputes between clubs, national associations, and players, as Olympic Games football and international friendly games arranged outside of FIFA’s International Match Calendar do not fall within this definition. In particular, three players (Lionel Messi, Raphinha, and Diego Ribas, who were playing for Barcelona, Schalke, and Werder Bremen at the time) wanted to join their national teams to compete in the 2008 Olympic football tournament.

Barcelona, Schalke and Werder Bremen refused to grant this permission to their players, a decision which FIFA’s Players’ Status Committee (now Players’ Status Chamber) (PSC) contended to be against the rules under Annex 1 of the RSTP. All three of the players’ clubs took their disputes to CAS. CAS disagreed with FIFA, stating that since the Olympics were not part of FIFA’s official international match calendar, the clubs were not obliged to release the players.

While FIFA’s regulations clearly state that a club must agree to international call-ups, this does not rule out the possibility of measures being taken to circumvent those principles, which are naturally difficult to police.

There have been notable examples of issues of call ups in world football, in 1997, Ferguson was vocal about his desire to prevent his players from linking up with the England squad for the pre-World Cup friendly competition, Le Tournoi de France.

Penalties for Failure to Respond to a Call-Up

FIFA has mechanisms for the implementation and compliance to keep clubs in check and prevent them from flouting the rules by providing penalties for failure to respond to a call-up under Article 3 of Annex 1 of the RSTP which states that players are obliged to respond affirmatively when their national association calls them up.

Unless the national association agrees to waive the penalty, FIFA’s Rules stipulate that players shall be banned from subsequently competing for their clubs for the duration of the international window, plus an additional 5 days, if the player has been called up by the international team and not released by his club.

It was this punishment that the Brazilian Football Confederation initially requested when Liverpool and Manchester City refused to release their players for the international window in September 2021.