You are here:
SportsSports Entertainment & Tech 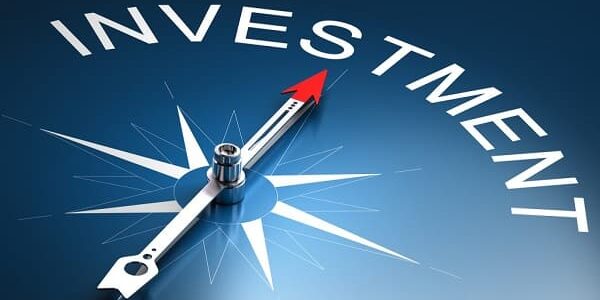 2020 represented a tough financial year for sports organisations, sports teams and the governing bodies of sport due to the Covid-19 pandemic. However, this hasn’t put off investment from private equity firms seeking financial returns from the sporting market. Private equity is typically a non-publicly traded source of capital from investors who seek to invest or acquire equity ownership in a company.

The problems of cash flow and liquidity challenges in sport as a result of the pandemic are attracting capital from private equity firms. Just recently private equity firm CVC Capital partners purchased a 14.3% stake in Six Nations Rugby, which will see CVC pay roughly £365 million over the next five years. This deal secures investment in rugby for the near future and is due to offset some of the heavy losses that unions of its member nations such as the Rugby Football Union have suffered. The investment into a sport that has struggled significantly at the hands of Covid-19 is an encouraging sign for the potential expansion of the game and for other sports that have struggled, it is a sign of faith in the sports industry, but why is this?

This type of investment should not come as a surprise as despite the continual global restrictions as a result of the pandemic, sport has in the majority continued to be enjoyed by fans across the world (albeit with no crowds for most of the time) since as early as June 2020. Also, as a result of games being played behind closed doors, tv viewing figures have risen for franchises such as the UFC and WWE.

There continues to be a resolute appetite to watching sport. It has proven to be recession-proof and therefore has remained an attractive proposition to investors. Sport has provided an ‘escape’ for many during Covid-19 restrictions and will be quick to bounce back following the pandemic. The ability to bounce back will allow them to return on investments from broadcasters, sponsors and their fans. This will prove very attractive for the continued growth of private equity in sports.

Why Private Equity Investment in Sport?

Sports teams and leagues tend to have an unparalleled brand loyalty. They represent investments with an infinite lifespan. Consumer behaviour and technological advancements see many established brands in other industries change drastically over the years. However, sport seems to have an enduring shelf-life spanning lifetimes and different generations of families. The unrivalled loyalty of fans to teams and sports leagues allows for a relationship that offers revenue avenues and growth opportunities that no other industry can through sponsorship, ticket sales and merchandise amongst other things.

Furthermore, there continues to be new opportunities in existing sports. The growth of e-sports and women’s sport have led to greater media coverage, revenues and prize money. The increased profile these sports have acquired has led to more private equity firms approaching them for investment. Whilst, there also sports such as netball that are on the rise but require a more specific approach to commercial expansion due to the fact they are heavily reliant on government as shown by England Netball who are still 64% funded by Sport England despite the exponential growth of the Netball Superleague over the last 5 years.

What Private Equity in Sports Mean for The Six Nations

Private equity firms can not only provide investment but are able to reshape organisations in a way that will financially benefit them due to their vast commercial expertise. This is also thought to be the reason for CVC’s increasing involvement in rugby. Their minority stakes in the Six Nations, Gallagher Premiership and PRO 14 are thought to be because the sport is undervalued by media broadcasters and it is rumoured they are exploring options to revolutionise the way rugby is broadcasted.

This may have consequences however as it is believed CVC may introduce a ‘paywall’ to rugby union bringing an end to free-to-air coverage by the BBC and ITV in order to spark a lucrative bidding war between broadcasters and subscription services. This may take the game away from millions of fans who cannot afford to subscribe to such channels. CVC were previously criticised during their pioneering ownership of Formula 1, where they bought it for $1.6 billion in 2006 and sold it for $8 billion in 2017, but were condemned for commercialising the sport in a manner that led to a lesser spectacle and reduced competition between teams and thus a poorer product for spectators to watch. It remains to be seen how their involvement in rugby union will impact the sport and how other private equity firms’ investments will impact other sports.

Why Is the News of Private Equity Firms Becoming Invested in Sport and CVC’s Acquisition of 14.3% Of The Six Nations Important to Africa?

Furthermore, changes in the ownership regulations in the USA across in major leagues in response to the shortening amount of candidate for illiquid ownership has allowed private equity firms to become involved in propelling its global image. So much so that the NBA now owns the BAL (Basketball Africa League). Projects such as this and either Rwanda or Morocco hosting the UCI World Road Cycling Championships in 2025 and other growing projects such as the Lagos City Marathon in Nigeria show how Africa is increasingly becoming a market where investment from private equity will grow.

Particularly as the consumption of sport is becoming increasingly digitised with major networks such as Amazon now competing with broadcasters, investment into sports related media and technology will only increase. And with the continent now having 1.1 billion people in its middle class and with a projected 690 million smartphones to be in sub-Saharan Africa by 2050, the target audience for lucrative and ambitious sports investments is set to increase dramatically.

Private Equity in Sport Is Growing in Africa

As we can see there are numerous reasons to be positive for the involvement of private equity firms in sport as it leads to sports growing in popularity and can lead to an improvement financially and commercially. This could be vitally important for smaller, emerging markets such as women’s sport or sport in Africa.

However, over-excitement must be cautioned as sports teams and leagues face losing commercial control over their future and there is possible threat to the identities of clubs and leagues and as evidenced by Formula 1, spectators may be the ones who suffer.  Concerns over Silverlake’s investment into New Zealand Rugby have been expressed for example but we will have to wait and see what kind of developments and changes are made in sport over the next 10-15 years as a result of the involvement of private equity firms. Beverley is an Associate Partner and the Head of Sports, Entertainment & Technology (SET) group at OAL. She is a regulatory and compliance professional and a lawyer with over twelve years professional experience in the banking and capital markets sectors…

Tips on finding the right Co-Founder for your Start-Up
January 19, 2023
Our Expertise
Recent Publications
Meet Our Lawyers