Olisa Agbakoba (SAN): A Legal Legend in the Making 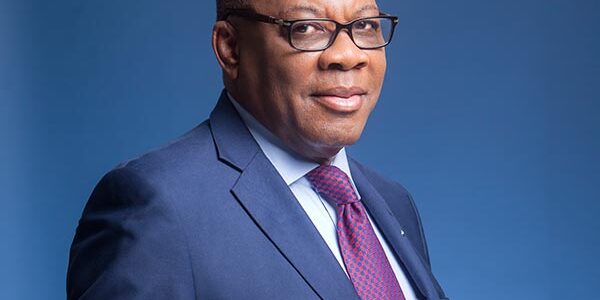 Had Olisa Agbakoba’s father not plotted with a late Nigerian Army general to trick him into studying Law at the University, he would have ended up as either a soldier or a footballer, which would not have been a terrible idea on the surface. But, it would seem his immeasurable contribution to nation-building and a just society may not have found expression through the military or sports.

Olisa Agbakoba is a Senior Advocate of Nigeria, a former president of the Nigerian Bar Association and a prolific maritime lawyer. He’s the founding Partner Olisa Agbakoba Legal (OAL).

He was one of the pro-democracy activists who fiercely contested the resilient military misrule until Nigeria transitioned to civilian leadership. Ironically, Agbakoba says the military dispensation was better off than the current state of Nigeria. In this interview, he shares his intriguing journey of courage, determination and grit with the Business Elites Africa team.

BEA: You were a prominent footballer in secondary school with the moniker ‘Abana.’ One would think you’d naturally pursue a football career instead of Law. What’s the backstory?

Olisa Agbakoba: I was interested in football. That was when the school sports system worked. I was quite good and even got a scholarship to Government College Ughelli, Delta State, to play football. I was actually going to play for Nigeria. I was shortlisted, but that was the year the University Expo started. I had to leave in August of that year, and by the time I returned, the train had moved. The Academicals had left for the first Sports National Festival. I have always wondered what it would have been – the likes of Kenneth Ilodigwe, Thompson Usiyan, and others were my mates; we were in the same team. That was how my football dream disappeared.

BEA: So, was your decision to become a lawyer your father’s influence, being a lawyer himself?

Olisa Agbakoba: I am not sure actually. I was a Biafran soldier, and I think at the end of the war, I had more interest in enlisting in the Nigerian Army. I used my father’s connection to get the late Gen. Abdulsallah to put me in the Nigerian Defence Academy (NDA) in Kaduna. I didn’t know there was a plot between them to abort my ambition to join the army. He said why don’t you just read Law while waiting. I didn’t know these people were deceiving me. So, I went to study Law. But I don’t have any conscious recollection of my dad pressuring me to read Law.

BEA: Shortly after you became a lawyer, you started anti-government advocacy against the military leadership at the time. Why were you so committed to that?

Olisa Agbakoba: That was not precisely the case. The truth was that I was interested in prisoners, and that was because, during the war, I was detained by the Biafran state security service. I was detained in an ordinary prison called Ntueke in Imo state. I came very close to the condition and challenges of being in prison. So when I became a lawyer, I accidentally ran into prison issues.

There was a guy called Joseph Odogwu, who had been in prison for about nine years, and it came to my attention. That was how the idea of a human rights organisation was formed. So the advocacy movement started as a prison rights organisation from my link with Biafra and my association with Clement Nwankwo, who was working in legal aid, and Abdul Oroh, a journalist at the Guardian. It was all of that energy that came together.

BEA: This was the same team you went with to the Obasanjo farm settlement at Ita-Oko. Tell us that story.

Olisa Agbakoba: Before we went to Ita-Oko, I founded the Civil Liberties Organisation (CLO) in 1987. Wole Soyinka was our patron. He got a petition from the wife of a gentleman who was detained in Ita-Oko, which was at the back of the Atlantic Ocean, full of crocodiles and all kinds of reptiles.

Olusegun Obasanjo discovered the island when he was the military head of state. He was flying in the air one day and said this was a good place to relocate all the beggars of Lagos because the queen was visiting. So he built a massive fortress in that location, but the queen did not come eventually. The place was later converted into a detention camp by a subsequent administration. The wicked military government began to detain people there. There is no coming back for anyone taken there. So, this lady petitioned Wole Soyinka that her husband had been detained on the island.

Atlantic ocean. Wole Soyinka then called me and said, ‘look, I have this petition, and since I am your patron, can you assist me?’ In the cause of assistance, we discovered the island. It was a massive discovery and big news in the media. It led to the closure of the prison, and it gave us the satisfaction that we were doing something right.

BEA: You also had a run-in with the Sani Abacha government, and you were detained. As someone involved in the fight for democracy, would you say Nigeria be better off?

Olisa Agbakoba: I don’t think so. If you ask the average person, he doesn’t care whether it’s a military or democratic government. What he cares about is food and better living condition. Contradictorily, life was easier in the 90s than today, and it was also more predictable to confront the government of the day because it was the people versus the army. Today, it’s not quite the case. Politicians have polluted the waters. You don’t quite know where to engage.

The cost of living was cheaper during military rule. There was better electricity; diesel was cheaper, and food was cheaper. There were jobs, and people never complained as they complain today, with the pounds sterling almost hitting N1000 and the dollar rising. Under late Gen. Sani Abacha, it was N80 to a dollar.