IMF recommendations to wind down AMCON: A viable solution? 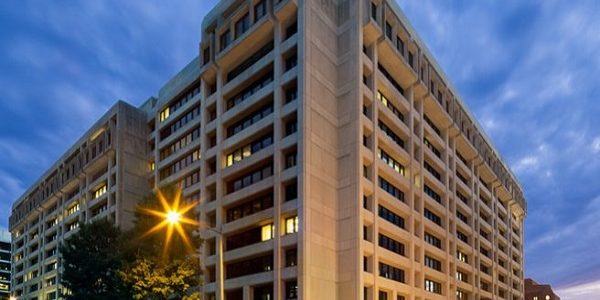 One of the recommendations made by the International Monetary Fund (IMF) at the last Article IV consultations with the government was that AMCON begin to wind down its operations to curb moral hazard and fiscal risks. Since these succinct remarks were made there have been comments from financial pundits both for and against the said recommendations. This in turn has led to a wider economic and legal debate on the value being added to the Nigerian economy by AMCON, which to a large extent is generally misunderstood.

To better understand AMCON is to understand the necessity for setting it up, its mandate and what I would call ‘obligations’. The background for the setting up of AMCON arose from the global financial crises which had a snowball effect on global economies. In Nigeria, due to the mandatory recapitalisation of the banks in 2005 under the then CBN governor Soludo’s portfolio, we saw an artificial boom in our capital markets. Banks were raising money by way of public offers in a bid to recapitalise to a minimum of N25 billion, net of shareholders’ funds. Banks were advancing margin facilities to buy shares; petroleum marketers were importing products based on unsecured collateral; the whole country was caught in the frenzy and bubble of the stock market; banks were no longer adhering to prudential guidelines whereas some unscrupulous chief executives of some banks were spending shareholders’ funds as their personal money.

When the bubble eventually burst, it was discovered that the non-performing loans on the banks’ balance sheets would, if nothing were done, lead to the collapse of our banking industry and hence have a catastrophic effect on the entire economy. We were faced with the problem of how to deal with these “bad” or “toxic” assets to prevent a systemic collapse of the banks and stem future crises of this nature.

The idea of establishing an asset management body that would buy up non-performing loans NPL thereby ridding the banks of toxic balance sheets so that they would be able to resume their functions of lending, a catalyst necessary for economic progress, was very important. AMCON was established by statute in 2010 with its main function being to acquire eligible bank assets (EBA’s) in accordance with the provisions of the AMCON Act.

Other jurisdictions had successfully adopted the “bad bank” approach. However, in most of these jurisdictions the activities were wound down within a period of time. In the early 1990s during the Swedish financial crisis, the SECURUM, an AMC, was set up and successfully wound down in 1997. The assets transferred to the SECURUM represented 8 percent of assets in the Swedish banking sector. SECURUM was provided with professional management, enjoyed political independence and was given adequate funding by the Swedish government through open-ended public funding. In Malaysia the DANAHARTA was set up in 1998, during the Asian crisis, and wound up its activities in 2005. DANAHARTA dealt with 3,000 NPL accounts and its loan recovery rate was put at an astounding 58 percent.

After the property market collapse in Ireland, the National Asset Management Agency (NAMA) was established and bad assets were transferred to NAMA. The Irish government issued a blanket guarantee in terms of the participating banks’ liabilities. NAMA was set up in 2008 and is expected to wind down in 2013. The 2008 financial crisis in the United States precipitated the passing of the Emergency Economic Stabilisation Act of 2008 which established the Troubled Assets Relief Fund (TARP) that authorised the US Treasury to buy troubled assets from ailing banks and financial institutions. TARP has prevented the collapse in the American auto industry and saved over 1 million jobs and the US Treasury was able to initiate 5 programmes under the TARP to stabilise America’s banking industry and ensure that banks were adequately capitalised. The US Treasury has recovered funds in excess of the amount originally invested in the banks, and taxpayers are now seeing a positive return on this investment.

By a study of AMCs established globally, one can see the benefits available to an ailing economy, albeit at the cost of the taxpayer. It can be safely argued that the taxpayer should not be compelled to bear this cost in perpetuity, thus an AMC must wind down its activities within a reasonable timeframe, taking other economic, financial and social factors into consideration.

As a member of the IMF, Nigeria has subscribed to Article IV consultations, which permits the IMF to make informal recommendations on macroeconomic policies of its member countries. In fact, the original scope of the IMF functions, from the Bretton Woods meeting where it was established primarily to foster global growth and economic stability, has shifted in scope to a surveillance agency for developing or so-called emerging economies. Many critics of the IMF claim that it is unfamiliar with economic conditions, cultures and macroeconomic activities of emerging economies. Joseph Stiglitz, a former World Bank vice president, has criticised the IMF as reflecting the interests and ideologies of the western economic community.

Although the AMCON Act makes no provision for a wind-down of AMCON, it is forecasted that AMCON should wind down within ten years. The success of AMCON will be based on (i) political unity behind AMCON’s resolution policy; (ii) government’s continued guarantee of financial obligations of the banking system; (iii) legal and institutional framework for resolution procedures, including open-ended public funding; (iv) full disclosure of information and transparency; and (iv) proper design of macroeconomic policies to promote activities in the financial and real sectors of the economy.

Calling for a wind-down of AMCON’s activities now is totally unrealistic bearing in mind that about N1.5 trillion worth of bonds have been issued under the first AMCON Debt Issuance Programme which will be redeemed by way of divestments, sale of assets and recoveries, etc. AMCON is set to redeem the first tranche at the end of December 2013. AMCON will eventually acquire approximately 10,000 NPLs worth N3.5 trillion. Note that before AMCON, the non-performing loan ratio in the banking industry was in excess of 35 percent. With the purchase of NPLs by AMCON, the ratio has fallen to under 6 percent.

AMCON should now be geared towards recovering debts in the shortest time possible. This can only be achieved by private debt recovery agents or through the judicial system which will take time. To meet its mandate, all AMCON matters have been vested in the Federal High Court. AMCON Practice Directions were gazetted in March 2013 and will assist the judges and lawyers in matters of this nature. AMCONs broad mandate as a resolution agency can be proactive and help strengthen institutions and processes such as rules relating to judicial procedures relating to AMCON matters, credit administration and the urgent need to establish an Insolvency Commission.

In conclusion, the Article IV consultations are often useful for member countries and if the IMF’s recommendations are not implemented to the letter, they serve as a good reference point for improving local macroeconomic policy. However, the bottom line is re-adjusting the economy to facilitate growth and a healthy sustainable GDP. The Group of 24 (G-24) has advised that less developed countries be allowed more time to adjust their economies and that macroeconomic policies required to achieve these adjustments will vary from country to country. AMCON must not be allowed to turn into another white elephant and its programme must be supported by a robust governmental design of macroeconomic reform policies.