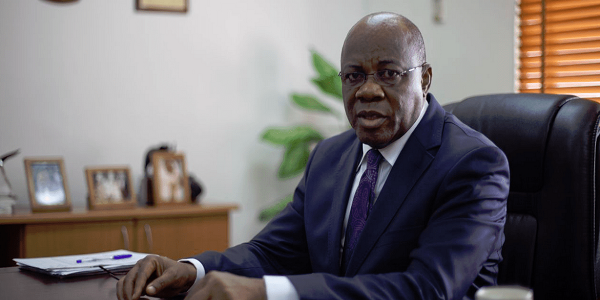 The former President of the Nigerian Bar Association (NBA), Olisa Agbakoba (SAN), has threatened to sue the Attorneys-General and Commissioners for Justice of the states 36 states of the federation over the non-compliance of their state government with Section 121(3) of the 1999 Constitution.

Agbakoba noted that the suit when instituted, will compel state AGs to comply with the section.

The section states that: “Any amount standing to the credit of the judiciary in the Consolidated Revenue Fund of the state shall be paid directly to the heads of court concerned.”

Agbakoba warned that the Attorneys-General and Commissioners for Justice should aware of the section, and promptly advise their respective state governments to pay the amount standing to the credit of the judiciary in the Consolidated Revenue Fund of the state directly to the heads of court.

In statement titled: ‘Financial Independence: State Governments’ Non-compliance with Section 121(3)’, he argued that complying with the section would strengthen the independence of the judiciary, especially its financial independence.

The former NBA boss is currently at the Federal High Court in Lagos where he sued the Federal Government and the National Assembly to challenge the poor funding of the judiciary.

In the suit, he wants the court to declare as unconstitutional, null and void, the continued dependence of the judiciary on the executive arm of government for its budgeting and funds release since it is a violation of sections 81(2),(3) ©, 84(20, (7) and 162(9) of the constitution.

He also wants the court to declare that by virtue of the constitutional guarantee of the independent fund of the judiciary under Sections 81(1)(2)(3), 84(2)(3)(7) and 162(9) of the 1999 Constitution, if judiciary’s budget ought to be taken by the National Judicial Council (NJC) straight to the National Assembly for appropriation as against the practice of taking it to the Budget Office under the presidency.

In the suit, FHC/L/CS/1531/2012, brought against the Attorney-General of the Federation, the National Assembly and the National Judicial Council, Agbakoba is asking for implementation of the provisions of the Constitution that granted the judiciary’s expenditures the status of “first line charge.”

In an originating summons filed by his counsel, Mr. Chijioke Emeka, the Litigation Partner in his law firm, Agbakoba raised five questions for determination by the court.

The suit argues that apart from independent budgeting, the funds belonging to the judiciary in the Consolidated Revenue Fund ought to be released directly to the NJC in whole for disbursement for the needs of the courts as against the practice of release of funds in warrants by the executive arm of government to the judiciary.