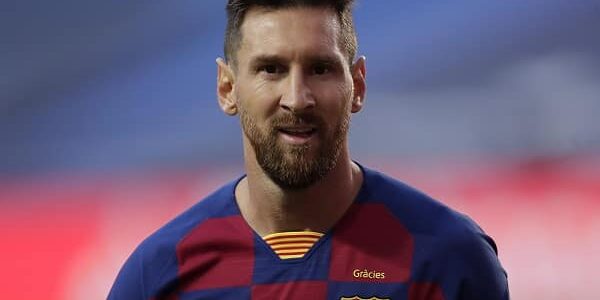 The global sports news airwaves have been dominated by the news of the recent move of Argentine Superstar, Lionel Messi fromF.C Barcelona of Spain to Paris Saint Germain (P.S.G.) after a 21 season Trophy laden period with the club.

On August 5, 2021, F.C Barcelona through its President Joan Laporta confirmed the news that Lionel Messi will not renew his contract with the Club. In his statement, the President claimed that the club and player had reached an agreement and that Messi, who became a free agent on June 30, 2021 was prepared to take a 50 percent reduction in salary to make it happen. However, the Contract unfortunately could not be agreed due to La Liga’s Financial Fair Play Regulations.

The La Liga Financial Fair Play Rules were introduced in 2013 to prevent clubs from spending more than they earn to ensure long-term financial sustainability.  In La Liga there is a fixed salary cap limit which every club must follow in strict compliance with the financial fair play (FFP) rules.  A salary cap popular in other sports such as rugby, is the maximum amount which a club can spend on the salaries of players, coaches, trainers registered with the first team. The salary cap for all teams limits player wages and acquisition costs to 70 percent of club revenues.

The purpose of salary caps is to prohibit over spending more than earnings and also indirectly to prevent money laundering. Although the rules have been heavily criticised and recently other clubs such as ManCity have come under fire for overspending, it can be said that the rules ultimately prevent excesses by those who can afford to spend more than earn and keep the playing field fair.

The Covid19 Effect on Sports Business

Due to the Covid 19 Pandemic which hit the sports industry badly, many clubs suffered  a massive reduction in income, including Barcelona and other top Clubs, notably Real Madrid, which have  been struggling financially  Some clubs have seen their debts exceeding €1 billion.. Losses totalling nearly €600 million meant that Barcelona would have to drastically reduce its wage bill in order to comply with La Liga’s Fair Play rules.

Barcelona had to waive off 200 million euros of their salary cap from last season to register new players, which also included Lionel Messi since he was a free agent. Having already suffered a loss of around 580 million euros since last season, Barcelona needed to reduce its wage bill from 387 billion euros to around 145-150 billion euros. Messi was reported to have earned $674 million over the four-year term ($168.5 million per year). Staggering isn’t it?

Joan Laporta, the president of Barcelona,had been trying to reduce the salary cap through different means which were possible. reducing the salaries and asking players to take more voluntary wage cuts, etcMessi, who reportedly wanted to renew as , agreed to take a 50% wage cut to re-sign. The Club also tried to lay off fringe players without success. Barcelona’s spending stood at over €600 million before the coronavirus pandemic but was reduced to €347m last season and is expected to be slashed even further for the upcoming campaign.

Therefore, to register Messi’s new contract with the league, the Catalan club needed to reduce their wage bill or bring in a significant amount of money in transfers. The club also failed to move on big earners such as Miralem Pjanic, Philippe Coutinho and Samuel Umtiti and have so far failed to reach an agreement with some of the club’s longer-serving players over wage cuts.

Despite the attempts: “The salary mass of the Club remained at 110 per cent of the total income of the club. Which is still miles away from the Financial Fair Play Rules. Unfortunately, the Club was not able to reduce the Salary Cap, neither were they able to bring in a significant amount of money and also facilitate a deal for Messi. The Club regrettably had to choose its long term sustainability above everything else, even their best player.

Many have criticised the super wages of footballers in recent years, believing that the beautiful game is now driven by greed and corruption compared with the glory days of the past however at the same time, we cannot ignore the fact that many premier league clubs have gone beyond the traditional club business model becoming global sports media giants with multiple income streams.  Arguably, the top footballers themselves have become more superstars than regular footballers and therefore deserve to be paid stellar wages as contributors to the success of the clubs they play for.

The saga which has played out with Messi reminds us that all businesses, sports biz included, must be sustainable in the long run and whatever comes up must eventually come down. The spending spree fuelled by the big spenders in the Gulf states has been undoubtedly excessive although this is a personal opinion and without sufficient checks and balances. Perhaps the business model for clubs needs to be urgently revisited especially now the pandemic seems here to stay for the foreseeable future and future earnings to prevent football superstars being forced to leave clubs they feel indebted to for their success.