You are here:
ArticlesRegulation & Compliance 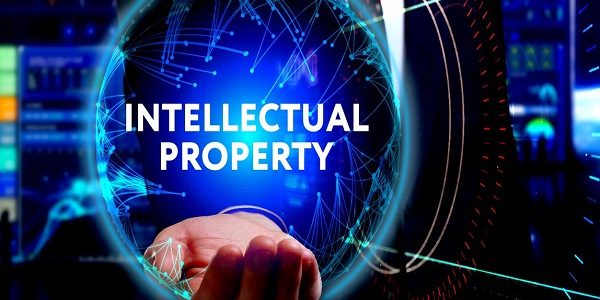 Intellectual Property (“IP”) is arguably a well known legal terminology, but unsurprisingly its meaning and significance remain poorly understood amongst business owners and creatives. IP in practical terms refers to intangible creations of the human intellect protected by the law which can belong to either an individual or an organisation such as a brand, trademark, etc. Proprietary information, designs and inventions are rapidly becoming as popular as the more conventional and tangible assets such as land, labour and capital. It can be said that these have become the driving force for new sources of wealth, and social well-being.

The chief objectives of IP are to prohibit unauthorised use of creations and most importantly reward the creators for their efforts, which fuels further innovation and creative activity which, in turn, stimulates economic growth and development. The sequence from imagination to innovation and evolution to solutions, in the form of improved products and new technologies, showcases the powerful driving force that is IP.

Many countries, particularly developing nations, are yet to fully recognise and harness the potential of Intellectual property as a tool for economic development and wealth creation. The world as we know it is gradually moving towards the 4th industrial revolution which revolves around interconnectivity i.e. fusion of the physical, biological and digital worlds, automation, smart technology, etc.

We are already witnessing the rise of innovative tools that assist humans to work better, faster and smarter, thereby increasing productivity.  Technologies such as robots, drones and self-driving cars, biotechnology, 3D printing, the Internet of Things (IoT) to name a few; countries which are not major players in the 4th revolution will continue to lag behind and the poverty gap will, unfortunately, widen even further.

Africa is a richly diverse continent, blessed with a young population as well as numerous natural resources. However, in spite of the numerous riches that the continent has to offer, it has not been able to exploit its resources for the benefit of its people. Africa still relies heavily on the physical trade of commodities to generate revenue in 2020.  According to Madam Vera Songwe, the Executive Secretary of the Economic Commission for Africa “Africa needs to do more than just increase trade: working on IP registrations and protections will be the key to harnessing Africa’s full potential and securing her future”.

“Developing economies rely much on imitation of technologies as well as technology transfer for their innovations, economic growth and development, which is hindered by stringent IPR. Most of the innovation in developing countries are by the small and medium enterprises which have no capacity to register and acquire licences for the intellectual property rights but they need to be nurtured to grow and become large enterprises.” – COMESA Senior Research Fellow Mr Benedict Musengele

However, despite these challenges, the widespread reception and assimilation of African music and fashion culture into mainstream global pop culture demonstrates in no small way the vast promises our cultural heritage has to offer especially as a significant revenue generator for many African countries. This more than makes up for the continent’s deficit in the patent aspect of IP and could be leveraged for the much needed infrastructural developments which foster technical innovation and advancements.

There is a need for a strategic plan for organisations and member countries on the African continent to move towards better IP national systems and legal frameworks. This will put in place better reinforcement of governance, promotion of the IP and the ownership of IP, development of cooperation, better uniformity and efficacy of working groups.

African legislators and policymakers must draft modern national legislation around IP which is better suited to the African reality. For instance, the western idea of IP,  specifically copyright, prioritises the protection of the creative prowess of a single author or innovator. Over the years, this has inhibited the proper recognition, regulation and protection of African folktales which have been widely exploited for commercial gains, the world over.

Furthermore, salient copyright concepts such as originality, fixation do not appreciate the nuances presented by African folktales which are transmitted orally within communities from generations to generations. It is, therefore, necessary to design an IP framework which is customised to the African IP clime, yet flexible enough to appreciate digital/IT influences on these creations.

It is also necessary to stimulate a culture of IP protection amongst African entrepreneurs and business owners. Intellectual property professionals and stakeholders need to actively educate their audience about the inherent value of protecting their IP and keep important conversations around this topic going.

As we await the full implementation of the African Continental Free Trade Area (“AfCFTA”), which I hope will be pursued intently, one hopes that it will increase inter-African trade which has historically been less than 3% which is quite poor. As it stands, it is promising to note the African Union is currently working on an Africa wide IP policy.

The Common Market for Eastern and Southern Africa (COMESA) has already developed a regional IP policy while ECOWAS has IP policies modelled after the TRIPS agreement. It is evident that as the continent opens up its borders internally to trade, IP will have a more transnational flavour, and will require stronger frameworks and mechanisms for the protection and enforcement of IP across the continent. Hopefully, the combination of regional policies (which must be fully implemented) and AfCFTA will prove to be powerful leverage for African nations to fully maximise the benefits of Inter-African IP trade.