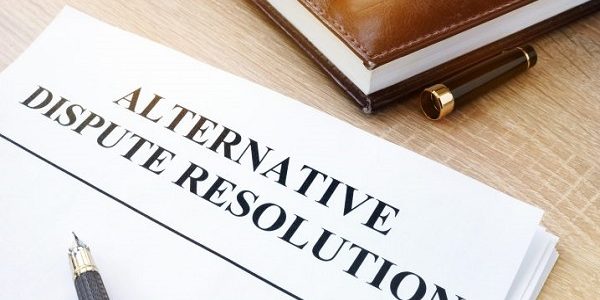 On account of our colonial experience, the courts have been the main forum for the resolution of disputes in Nigeria. However, due to the exigencies of commercial transactions and the challenges of litigation including but not limited to cost, unnecessary technicalities, delays in court proceedings and court congestion, parties to disputes are increasingly resorting to alternative dispute resolution (“ADR”) to settle their differences. Thus, ADR was developed as a private arrangement aimed at providing mechanisms that will remedy the problems of litigation. Consequently, ADR mechanisms were explored outside the court system for a long time.

Nevertheless, under the Constitution of the Federal Republic of Nigeria 1999 (“the Constitution”), the courts are vested with the power to determine the civil rights and obligations of any person. Section 19(d) of the Constitution lists negotiation, mediation, conciliation, arbitration and adjudication as means of settling international disputes. While the provisions of Section 19(d) seem to be limited to international disputes, Nigerian courts have, on their own, adopted and encouraged the use of ADR mechanisms in settling disputes between parties.

To this end, various courts have developed ADR rules or have incorporated made provisions relating to ADR mechanisms in their rules. We shall proceed anon to examine how the rules of selected courts have advanced ADR and whether there exists a framework in the court system that encourages disputing parties to resort to ADR.

As one of the biggest commercial cities in Africa, a lot of disputes arising from commercial transactions are settled in Lagos State. It is therefore not surprising that the State has consistently championed the use of ADR. Lagos State was the first in Nigeria to introduce a set of civil procedure rules based on Lord Woolf’s reform. In 1996, Rt. Hon. Lord Woolf published a review of the civil justice system where he encouraged the use of ADR in case management. His reform led to the introduction of the Civil Procedure Rules in England in 1999. The Lagos State Judiciary introduced the High Court of Lagos State (

Additionally, Lagos State is the first in Nigeria and in Africa to establish a multi-door courthouse in 2002. The Lagos Multi-Door Courthouse (“LMDC”) was conceived to provide litigants with practical alternatives to the courts for resolving all types of civil disputes, as part of the public justice system.

Within the first ten years of its establishment, the LMDC successfully resolved a total of 780 cases out of the 1,708 cases referred to it. The LMDC also has a “walk-in” system where parties directly submit their disputes to the Multi-door courthouse without filing processes in the registry of the regular court. In any event, upon successful settlement of a dispute, the ADR judge enters the terms of settlement as the judgment of the court.

The extant High Court of Lagos State (Civil Procedure Rules) (“the Lagos Rules”) was made in 2019. The rules contain an elaborate provision on the use of ADR in the adjudication process. Under the Lagos Rules, before an action can be successfully commenced, certain documents must be frontloaded to the registry, amongst which is the Pre-Action Protocol bundle. This bundle consists of documents including Form 01, all which goes to show that ADR has been considered by the parties before instituting the action in court. Furthermore, all originating processes filed at the registry must be screened for suitability for ADR and where suitable, may be referred to the LMDC or any other institution in accordance to the practice direction to be issued by the Chief Judge.

Interestingly, Order 28 rule 4(2) of the Lagos Rules provides that an application to set aside or remit any award may be brought within three months after the award has been made and published to the parties, provided that a Judge may, by order before or after the expiration of the three months, extend the time within which to set aside or remit the award. It appears from the proviso to Order 28 rule 4(2) of the Lagos Rules that a court may extend the time within which an application may be brought to set aside an award.

This provision is however contrary to Section 29 of the Arbitration and Conciliation Act and Section 55 of the Arbitration Law of Lagos State both of which provide that an application to set aside an award may be made within three months. The law is settled that rules of court are subsidiary to a law made by the legislature. Therefore, where a statute provides for the procedure to be adopted by the court in doing a thing, the statute shall supersede any contrary provision in the rules of court. Moreover, in Waltersmith Petroman Oil Limited v. Niger Delta Petroleum Resources Limited, the Court of Appeal held that the time set by statute within which an application may be made to set aside an arbitral award cannot be extended.

There is therefore the need to harmonize the provisions of the Lagos Rules in line with relevant statutes to avoid conflicts and inconsistencies that will lead to unending litigation after an award is rendered.

In any event, it must be noted that the Lagos State Judiciary through the LMDC and the Lagos Rules has encouraged disputing parties to resort to ADR in settling their disputes and this has not only advanced ADR in Lagos State but also reduced the burden on the courts. The Chief Judge of Lagos State also designates a week or weeks, usually referred to as Settlement Week(s), in the legal year for the resolution of the disputes using ADR mechanisms.