A Review of FIFA Guidelines on COVID-19 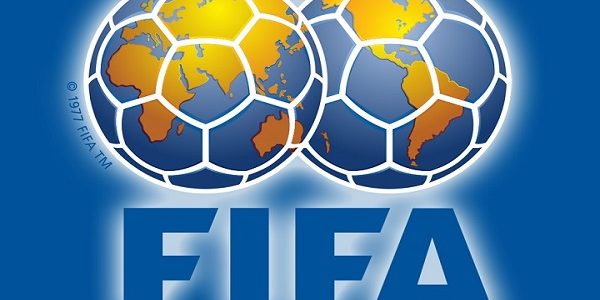 FIFA Guidelines on COVID-19  – A Review

It is no longer news that due to COVID-19, footballing events have been grounded for over a month with resulting legal issues cutting across various aspects of the game from employment to transfer of players within and across leagues. The Bureau of the FIFA Council has recognised COVID-19 as a force majeure event.

In line with the powers conferred on the Council by Article 27 of the Regulations on the Status and Transfer of Players (RSTP) to recognise and decide on force majeure cases affecting the contracts for both players and clubs; player registration periods as well as the status of players in a football club, the Council established a working committee to proffer solutions to the difficulties arising from the COVID-19 pandemic.

The members of the working committee, having deliberated on the above-mentioned matters unanimously adopted the solutions proffered in their deliberations to the issue at hand and came up with the Guidelines on COVID-19 Football Regulatory Issues.

Subsequently, FIFA published the Guidelines on COVID-19 Regulatory Issues targeted at providing interpretative guidelines for certain salient provisions of the FIFA RSTP as well as the FIFA statutes. These Guidelines are geared towards achieving a harmonious resolution or mitigation of conflicts arising in the world of football due to the COVID-19 pandemic. To leave the provisions in the FIFA RSTP without such guiding principles would ensure that negotiating parties are advancing terms on a rather uncertain footing.

Some of the guiding principles are discussed below:

Article 18.2 of the RSTP provides that the minimum duration of a player’s contract shall be from its effective date until the end of the season while the maximum duration shall be 5 years or in practice, 5 seasons. It then follows that, for footballing contracts, the end of a season signals the end of a cycle of the contract.

With the suspension of the current season as a result of the COVID-19 pandemic, it is clear that the current season will stretch beyond June 30, 2020, the registered date for the end of the league season, across Europe in particular. What this means is that at a certain point during the course of the protracted season, these four situations may arise:

i) Players in the final year of their contract would be legally out of contract during the pendency of the current season and as such, not under employment with the teams they represent.

iii) Players with fairly longer years remaining in their contracts would have legally entered into a new year of contract whilst still playing in the current season. This could work hardship where contractual compensation and bonuses are triggered by the beginning of a new season.

iv)  Also, players who were the subject of future transfer agreements would be legally required to report to their new club at the official start date of a new season.

FIFA has given a robust interpretation to article 18.2 of the RSTP which would form guiding principles to aid the construction of affected contracts. According to the guiding principle, the following will now apply to International transfer agreements:

i) Where an agreement expires on the original end date of a season, such expiration will be extended until the new end date of the season.

(iii) In case of overlapping seasons and/or registration periods, and unless all parties agree otherwise, priority be given to the former club to complete the season with its original squad, in order to safeguard the integrity of a domestic league and Member Associations (MAs) competition.

If applied by MAs and stakeholders, these guiding principles will ensure that the season resumes and is completed almost seamlessly at least, the contractual businesses of MA’s and stakeholders.

To contextualise these principles bearing in mind the situations listed above, Arsenal F.C.’s Dani Ceballos may no longer be required to return to Real Madrid C.F. at the expiration of his loan deal on June 30, 2020 since the loan contract would now lapse at the end of the protracted English season.

Also, Edison Cavani of Paris Saint-Germain F.C. (PSG) who is the subject of a future transfer to Atletico Madrid effective the 1st of July, 2020 would wait until the new commencement date of next season before he officially becomes an Atletico Madrid player. He would have to continue to represent PSG in competitions beyond the original commencement date of next season.

Lastly, as a result of the overlapping season duration and difference in season duration between England and China, priority will be given to Manchester United F.C. to complete its season with Odion Ighalo; inspite of the fact that his loan deal expires on June 30, 2020, except Manchester United F.C. and Shanghai SIPG F.C. agree otherwise. This is in order to safeguard the integrity of the English Premier League.

Article 6.2 of the RSTP further provides that a registration period is a period not exceeding 12 weeks before the start of the new season and another period in the middle of the season not exceeding 4 weeks.

By virtue of Article 5.1 of Annexe 3 to the RSTP, such a registration period must be fixed and entered into the Transfer Matching System (TMS) by MAs, 12 months before commencement and such dates can only be amended or modified under exceptional circumstances by MAs up until the commencement of the Transfer window.

Under the guidelines, FIFA deems COVID-19 an exceptional circumstance which will allow for the amendment or modification of transfer windows. This is important in order to cater for the impending extension of the current football season across the world. As a result, Transfer windows can now commence at the end of the protracted season. MAs can now amend their season commencement dates and Transfer windows on the TMS or otherwise, by notifying FIFA.

3. Agreements that Cannot Be Performed As Parties Originally Anticipated

The guidelines also seek to ensure that during this period, where employment obligations cannot be met, clubs, players, leagues and in fact, Trade Unions, where available, can come together to agree on possible solutions to the impasse. According to the guidelines, such agreements should address, without limitation: remuneration (where applicable, salary deferrals and/or limitation, protection mechanisms, etc.) and other benefits, government aid programs, conditions during contract extensions, etc.

Reference should be made to national laws and collective bargaining agreements in the conclusion of such arrangements.

Unilateral decisions to modify terms of contract can only be enforced by any party, where permissible under the relevant National Laws or Collective Bargaining Agreement. In the absence of such permission, the Dispute Resolution Committee of FIFA (DRC) and the Players’ Status Committee (PSC) may recognise such variations upon consideration of certain salient factors such as the economic situation of the club; the proportionality of any salary amendment; the net income of the employee after salary amendment; whether the decision applied to the entire squad or only specific employees; and; whether the club in good faith had attempted to reach a mutual agreement with its employee(s)

In the alternative, agreements between Club and Employees may be suspended during periods when competitions are suspended, provided proper insurance coverage has been maintained for employees, and alternative income support arrangements have been made on behalf of employees.

4. Other Provisions of the FIFA Guidelines on COVID-19 Regulatory Issues

The guidelines also make provisions for other regulatory matters, such as:

In essence, these guidelines come as a timely intervention to the knotty situation created by the COVID-19 pandemic. While there are still other inevitable contractual and commercial disputes not under the purview of FIFA’s intervention, the Guidelines, if properly applied by MAs would ensure that sporting concerns are well addressed.

With regard to transfer windows, it is necessary to adjust the normal regulatory position to the new factual circumstances surrounding the football community. Accordingly, FIFA will be flexible and will allow the relevant transfer windows to be moved so they fall between the end of the old season and the start of the new season.

At the same time, FIFA will try to ensure, where possible, an overall level of coordination, bearing in mind the need to protect the regularity, integrity and proper functioning of competitions so that the sporting results of any competition are not unfairly disrupted.

Indeed, one might say that on its part, FIFA has set the much-needed machinery in place for what might yet be a busy summer of quality footballing experience to help the world heal from the damning effect of the COVID-19 pandemic.