Bilateral Investment Treaties in Nigeria: A Case for Critical Review 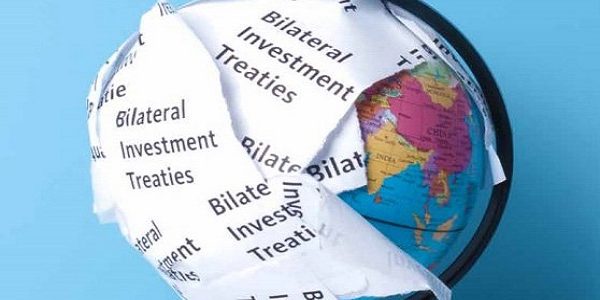 Bilateral Investment Treaties (BITs) represent the means by which commercial interest between States and foreign investors are regulated and determined under international law. BITs can be subsumed under the category of treaties as identified under Article 2 (1) (a) of the Vienna Convention on the Law of Treaties (VCLT), considering that they are international agreements, which are governed by international law. These agreements are usually between two states, which are created towards providing a legal environment, whereby the nationals of a State-Party (Home-State) are granted certain rights and assurances that their investments in the other State-Party (Host –State) will be protected and that any dispute will be resolved according to an agreed settlement procedure.

Consequently, BITs can be regarded as performing three functions. First, they promote economic advancement through the flow of foreign capital or investment into the economies of countries that require financial stimulation. Second, they establish rules for determining the rights of parties to the BIT. Third, they provide legal protection for foreign investors by specifying the applicable dispute resolution mechanisms for the enforcement of rights under the agreement.

As a standard practice in most BITs in the world, Arbitration has generally been embraced as the preferred dispute resolution mechanism. Unsurprisingly, a review of over twenty (20) BITs entered into between Nigeria and foreign investor-countries reflect that any investment dispute will be subject to arbitration as the impartial dispute-settlement procedure.

However, what is surprising is that the foreign investor is the only party i

n the Nigerian BITs that are granted the ultimate power to invoke the right to refer the investment dispute to arbitration, without any corresponding right to Nigeria. In this regard, it is acknowledged that a Nigerian investor who has made an investment in the economy of the Contracting Party to Nigeria’s BIT will also enjoy the same right to invoke arbitration whenever there is an investment dispute with that contracting party. Unfortunately, the reality is that there is a significantly higher number of foreign investors in Nigeria than you have Nigerian investors in the economies of the contracting parties to Nigeria’s BITs. Suffice to say foreign investors stand to gain more under Nigeria’s BITs.

Furthermore, it is also disturbing that the arbitration provisions contained in the Nigerian Bilateral Investment Treaties appear to reflect that the arbitration will be determined in non-Nigerian institutions of arbitration such as the International Centre for the Settlement of Disputes (ICSID) and International Chamber of Commerce (ICC). This position is worrisome considering that the claims arising from the BITs are in relation to investments actually been undertaken in Nigeria and there are Nigerian arbitration institutions, arbitrators and counsel that can undertake the same roles performed by their foreign counterparts, irrespective that the investors are foreign entities.

Recently, an enforcement Order relating to the sum of US$9, 000, 000, 000 (Nine Billion US Dollars) was made against Nigeria by an English High Court, which was based upon an arbitration award secured by a company, Process and Industrial Developments Limited (P&IDL), and this has generated a huge outcry. While the arbitration leading to the award did not necessarily arise from the BITs, however, what triggers concern regarding the award are allegations from the Nigerian government that the entire events leading to the arbitration were a scam. Whether or not the allegations are true, the P&IDL case should be seen as a wake-up call regarding the need for Nigeria to revisit its BITs, especially with a view to reviewing the arbitration provisions in the BITs. Indeed, the Speaker of the House of Representatives, Hon Femi Gbajabiamila, in a recent article published in This Day newspaper on September 06, 2019 advocated that the P&IDL case had necessitated the urgent need for Nigeria to begin a comprehensive review of Nigeria’s BITs, thereby reinforcing the perspective that the BIT’s should be reviewed.

To this end, it is suggested that the arbitration provisions in Nigeria’s BITs should be reviewed and amended to reflect that disputes arising from any foreign investment in Nigeria will be determined in a Nigerian arbitration institution, and with Nigeria as the seat of arbitration. Undoubtedly, this has to be underpinned by government policy, if the proposed review amendment of the BITs is to be given the right attention.

Undoubtedly, there is always the likelihood that another arbitration case, similar to the P&IDL case will surface. Consequently, it is suggested that now is as good a time as any to review Nigeria’s Bilateral Investment Treaties, in order to forestall the possibility of Nigeria being put into further jeopardy.