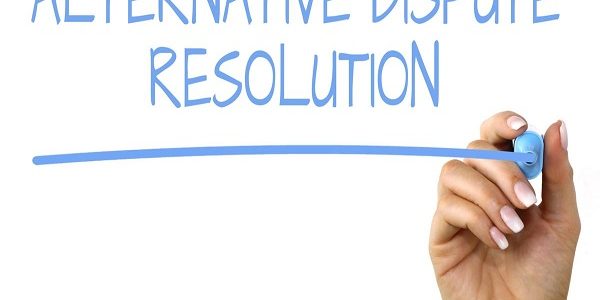 Alternative Dispute Resolution in Nigeria is not a new field. Without doubt, disputes are invariable and recurring decimal in human and commercial interactions. Thus, the need for effective dispute resolution mechanisms to be adequately put in place arises. Traditionally, Litigation and Alternative dispute resolution mechanisms have been identified as the major means of resolving disputes.

While Litigation, on one hand, involves recourse to a structured court system which allows for adversarial discourse and analysis of the dispute followed by a judgment which traditionally takes the form of a win-lose situation, Alternative dispute resolution includes a non-adversarial method of resolving disputes by intercession and assistance of a neutral and impartial third party.

As is obvious, litigation is generally fraught with a plethora of irregularities, majorly time wastage. However, that is not the crux of this discourse.

Commercial disputes occur on a daily and hourly basis. The Nigerian situation is however spectacular being a highly litigious society. In Lagos State alone, over 30,000 new civil cases are filed each year.

With the introduction of the various ADR Mechanisms, this ugly trend has been reversed as parties can get a final determination of their disputes within days and still maintain a cordial relationship, a possibility which is alien to litigation.

The success of Alternative Dispute Resolution in Nigeria cannot be overestimated in the past few years. This success started in Lagos and has been replicated across the country.

When the Lagos Multi-Door Courthouse (LMDC) opened in 2002, it was Africa’s first court-connected Alternative Dispute Resolution centre. Adapted from a concept first articulated by a Harvard law professor, but embracing indigenous dispute resolution practices, the LMDC was both innovative and rooted in Nigeria’s past. It offered an appealing alternative to litigation. Cases are consistently resolved more quickly, cheaply and amicably than those heard in Nigeria’s congested courts.

By diversifying the dispute resolution options available to Nigerians, the LMDC has eroded a long-standing national bias towards litigation. Fourteen Nigerian states and the Federal Capital Territory (Abuja) in October 2003 established its own Multi-Door Court, have replicated the model showcasing the efficacy of dispute resolution mechanisms that resonate with local culture and practice.

Similarly, at the highest level of the judiciary, the Honorable Chief Justice of the Federation, Honorable Justice Walter S. N. Onnoghen, (has then was ) pledged to establish a dedicated mediation centre at the Supreme Court in Abuja. This would ensure that even parties in litigation at its most advanced stage can resolve their disputes amicably while on-site.

In the same vein, the National Industrial Court of Nigeria which is responsible for hearing employment disputes and grievances brought by trade unions has established ADR centres at its divisions in Abuja, Kano, Gombe, Enugu, Calabar and Ibadan.

All these have gone on to reveal the impact of Alternative Dispute Resolution in Nigeria over the years.

In recent times, an ever-increasing plethora of laws, Acts, Rules and Guidelines have begun to make viable provisions to aid and enhance the adoption of ADR and also stipulate clear-cut procedures to follow when ADR methods are adopted, especially in relation to disputes which arise out of commercial interactions.

It is thus essential to highlight and examine some of the various innovative provisions for ADR proceedings under the various Rules of Court:

Section 24 of the Rules provides thus:

(1). The President of the Court or a Judge of the Court may refer for amicable settlement through Conciliation or Mediation any matter filed in any of the Registries of the Court to the Alternative Dispute Resolution Centre (hereinafter referred to as the Centre) established within the Court premises pursuant to Section 254C (3) of the 1999 Constitution (as amended by the Third Alteration Act, 2010) and Article 4(5) (a)–(e) of the Instrument of the Alternative Dispute Resolution Centre.

(3). The Centre shall endeavor to take all necessary steps to conclude the Mediation or Conciliation process with respect to matters referred to it within twenty-one (21) working days of the date the process commences provided that an extension of ten (10) working days may be granted by the President of the Court or a Judge of the Court on request if the Mediation or Conciliation process(s) is/are not completed within twenty-one (21) working days.

(5). (1) Upon receipt of the report of an amicable settlement of a matter from the Centre, the Court shall cause hearing notices to be issued and served on the parties and their counsel, if any, for the adoption of the settlement agreement as to the Judgment of the Court.

One radical improvement made by the 2018 Abuja Rules is the substantial provision for the procedural framework of ADR. In contrast, under Order 17 of the 2004 Abuja Rules, there was only little provision for ADR and it was discretionary and subject to the consent of the parties. However, under the new 2018 Abuja Rules, the scope of ADR is wider. Not only is the court or judge now duty bound to encourage settlement of matters via ADR, but there are also elaborate provisions for the procedural framework.

Where a matter is suitable for ADR, the Judge shall by enrolment order refer the case to the Abuja Multi-Door Court House (AMDC) for resolution within 21 days except otherwise ordered by the court. Where a party refuses to submit to ADR and loses the case in court, he shall pay a penalty as may be determined by the court. The court or judge shall, on the application of parties enrol the terms of settlement both in heading and content reached at the Abuja Multi-Door Court as consent judgment; such terms shall thereupon have the same force and effect as a judgment of the court.

It should be noted that under the 2018 rules, an application to enforce an award on an arbitration agreement or order may be made ex-parte, but the court hearing the application may order it to be made on notice.

Other Regulations and Guidelines Which Make Provisions for ADR Proceedings

Apart from the above-listed Rules of Court, other bodies have embraced ADR and have consistently promoted its use. One of such bodies is the “Chartered Institute of Bankers of Nigeria” which has promoted the use of ADR within financial disputes.

Also, the Central Bank of Nigeria (CBN) in encouraging the use of ADR has established a sub-committee on Ethics and Professionalism for Mortgage Bankers. The committee will ensure the settlement of disputes between mortgage banks and their customers on one hand and mortgage banks on the other.

The sub-committee which is a self-regulatory body is the Alternative Dispute Resolution (ADR) Platform/Financial Ombudsman for the mortgage banking sub-sector, has the Chartered Institute of Bankers of Nigeria (CIBN) as the Secretariat. The body, however, will not entertain cases that are more than six years old in line with the Statute of Limitation Act.

As it relates to disputes arising from the direct debit scheme, The Act states that “Any dispute, controversy or claim arising out of or relating to this Regulation or the breach, termination or invalidity thereof shall be settled in accordance with the CBN’s dispute resolution mechanism and if unresolved, may be referred to an Arbitral panel, as provided under the Arbitration and Conciliation Act Cap. A18 LFN 2004”.

Some Lagosians already appear to recognize the potential of ADR. Businesses have adopted ADR with zeal, offering additional means of resolving disputes. Lagos now hosts several specialist centres some of which have enacted bespoke Arbitration rules for adoption and use by disputants. While others use the rules annexed to the Nigerian Arbitration and Conciliation Act. Such centres are increasingly targeting regional and international clients, as the state judiciary does not refer cases to private providers.

The Scheme has an effective dispute resolution mechanism by Arbitration through a single Arbitrator appointed by the President of the Lagos Court of Arbitration (LCA).

The proceedings will be conducted under specially designed Lagos HOMS Housing Arbitration Rules that are expressly incorporated in all Lagos HOMS documentation.

Not minding the various improvement of ADR generally, there still exist a number of hindrances to its full-scale adoption by commercial disputants in Nigeria. One of such hindrances is the lack of updated Legislation to regulate Arbitration and ADR practices.

With the exception of the Lagos High Court Civil Procedure Rules and the Federal Capital Territory, Abuja High Court Civil Procedure Rules which came into force in 2019 and 2018 respectively, all other major Legislations on Arbitration and ADR are old. For instance, the Arbitration and Conciliation Act which is the most important legislation on Arbitration was enacted as far back as 1990 Thus, such a law can hardly reflect the current trends in the society.

Another issue relates to the lack of adequate legislation to cover other forms of ADR. From the title of the Arbitration and Conciliation Act, it can be seen that the Act only makes relevant provisions for merely Arbitration and Conciliation amongst the plethora of ADR options which exists. There is, therefore, a need for the Parliament to create a Legislation that would encompass all relevant ADR forms.

Also, there is a need for Legislators to look beyond commercial disputes for our Arbitration practice in Nigeria by considering a legal framework to accommodate other forms of disputes to our Arbitration system.

Finally, it has been discovered that our practice of Alternative Dispute Resolution in Nigeria lacks a vibrant awareness mechanism, which means that laypersons lack a proper understanding of how the Arbitration system operates and how it is practised. Perhaps, it is due to the fact that the 1999 Constitution (As Amended) doesn’t specifically make provisions for the adoption of Arbitration as a dispute resolution mechanism.

There is always room for further integration of Alternative Dispute Resolution in Nigeria into the formal justice system through recognition under the Nigerian Constitution or laws clarifying their relationship with the State enforcement apparatus. Such steps would increase disputants’ confidence in the process and reassure them that participation in Alternative Dispute Resolution is equivalent to having their “day in court”.