Towards A Paradigm Shift From Portfolio Investment To Foreign Direct Investment 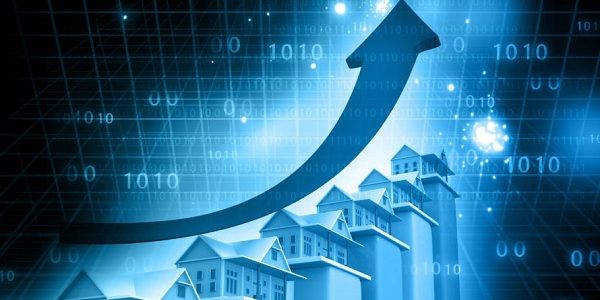 Time Magazine January24th 2015 was of particular interest to me as it featured two different articles on the potential growth expectations of Private Equity (PE) investments in Africa. These publications succeeded in raising in my mind a recurrent image of Wall Street investment bankers running, briefcases in hand, into tropical, rich and culturally vibrant Africa; in spite of the fears of endemic diseases, security concerns and in some instances a language barrier. Recent statistics indicate that African capital markets are receiving increasing investor interest.

According to a new report on African initial public offerings (IPOs) from Pricewaterhouse Coopers (PwC), the amount of capital raised on African exchanges is above $11 billion, up over 100% from the previous year. The report further mentioned that the number of IPOs and further offers (FOs) increased from 60 in 2013 to 84 in 2014. Nigeria has become even more attractive to investors with the rebasing of its GDP, resulting in an 89% increase in its economic size. The country now boasts of having the largest economy in Africa with an estimated nominal GDP of USD 510 billion, surpassing South Africa’s USD 352 billion. Heightened talks about diversification of the local economy have further increased Nigeria’s potential to attract investments.

However, the practice of portfolio investing which has been the norm over the years has not resulted in significant economic development. This is because PE investors (a refined form of portfolio investors) are particularly interested in short-term investments with quick returns. This approach to capital generation is not effective and has in some instances been described as akin to neo-colonialism, hence the need for a shift in orientation from portfolio investment to real-term Foreign Direct Investment (FDI). Experts have described FDI as involving the acquisition or creation of productive capacity, which implies a long-term perspective and involves some assets that cannot be moved without considerable loss. The economic crises that the nation currently finds itself in the wake of growing unemployment and dwindling oil resources, has brought to the fore the importance of FDI.

It is understood that a nation’s capacity to woo long-term investors will determine to a large extent the amount of foreign capital it can attract. It is unfortunate that Nigeria’s potential as an investment hub is very high but remains largely untapped. The nation has been variously described as the number one frontier-market economy in terms of its possibility of attracting the most attention from European and American multinationals. With this recognition in mind, one wonders why the nation remains unable to maximize her investment potentials.

The answer to this question lies majorly in legal cum institutional challenges, as highlighted in the World Bank Doing Business in Nigeria report. This Report is an annual publication by the Bretton Wood’s institution which reflects how easy or difficult it is for a local entrepreneur to open and run a small to medium-size business when complying with relevant regulations. In the last 10years, Nigeria has consistently ranked low. The 2015 report ranks Nigeria 170th out of the 185 countries surveyed, with the nation performing badly in all the parameters used. This result is an aggregate of the scores posted in the various indicators examined.

The 10 topics included in this year’s ranking are; starting a business, dealing with construction permits, getting electricity, registering property, getting credit, protecting minority investors, paying taxes, trading across borders, enforcing contracts and resolving insolvency. It is evident from these findings that regulatory and policy bottlenecks continue to deter investors. A cardinal point of the current administration’s economic agenda is to make Nigeria an easy place to do business. This commitment towards making Nigeria a preferred destination for investors was re-iterated by the Vice- President, Prof. Yemi Osinbajo at the 2015 Annual Conference of the Nigerian Bar Association.

The current administration’s commitment to economic development has been commended locally and internationally. In the past few months, the nation has welcomed an influx of foreign missions and trade delegations from several countries, notably those from the United Kingdom, France, Germany and Brazil. These Foreign investors are willing to do business in Nigeria with some even specifying their preferred sector of the economy. Agriculture, power and energy seem most attractive. It is evident from media reports that these investors know what they want. With this recognition in mind, the Nigerian government must understand that prudent investors will not risk capital by investing in a foreign market unless the financial prospects are promising and the legal structure is sufficient to protect that investment. The current Lord Mayor of the City of London, Hon. Alan Yarrow, during his recent visit to Nigeria, was quoted as saying that the United Kingdom was ready to invest in the economy of Lagos state, adding that there is huge potential for investments in the country.

Negotiating foreign investment agreements must be done in such a manner that the needs of the host country are adequately balanced with those of the investor. The question on the lips of many is,“ do we as a country know what we want?”In this light, it is important to review the approach to negotiating investment agreements because for FDI to be truly worth the while, it must result in real economic and infrastructural development. Relevant agreements should be drafted in such a manner that local content is emphasized. Any agreement that would jeopardize local production should be avoided. Government should have the upper hand in such negotiations because the nation’s large population as well as the availability of natural resources should be used as a bargaining tool. Any investor interested in doing business in Nigeria must engage the services of Nigerians both as employees and consultants. They must be willing to set up industries and run such businesses with a view to ensuring that manpower development is prioritized. As between the host country and the investor, the rules of the game must be clearly identified. Once a foreign firm undertakes a foreign direct investment, some bargaining power shifts to the host country government, which has an incentive to change the terms of the investment to reap a greater share of the benefits.

The search for new answers to economic development is ongoing and as a Firm which prides itself as development law experts, we have taken up the challenge to extensively analyze the Nigerian business climate with a view to improving business operations. We recognize the need to strengthen our institutions and laws to make the nation an attractive investment destination. It is an undisputed fact that the NIPC is central to government’s effort to reinvigorate Nigeria’s investment environment. This Commission is in a vantage position to drive a national investment consciousness which cuts across the entire citizenry. Conclusively, Nigeria may consider borrowing a leaf from the ‘Akwaaba model’ in Ghana, whereby nationals at all levels, starting from the taxi driver to the President, see themselves as investment ambassadors. This investment drive must be channeled in such a way that it portends long term benefits to the Nigerian economy. Investment agreements must be drafted with a view to ensuring that these investors do not just rush in and out but must establish a long term presence which will yield the necessary developmental benefits.

*Ms. Fagbure is an Associate at Olisa Agbakoba Legal.