The War Against Corruption 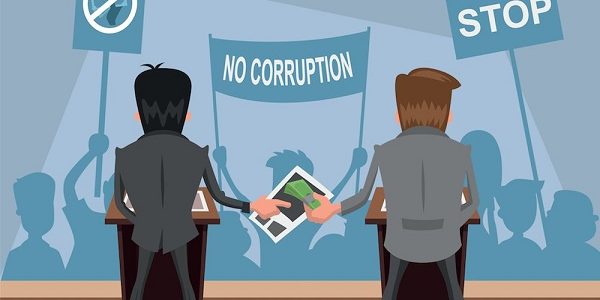 The War Against Corruption: A Focus on International and Regional Conventions

Nigeria’s huge external and internal debts and her looted monies by key officials of the past administrations have dominated discussions lately. Nigeria’s President, Mohammadu Buhari has at every occasion local and international vowed that his administration would ensure that all stolen funds by public office holders were recovered and those indicted prosecuted in order to curb impunity and deter possible corrupt tendencies in Nigeria. The United States Government and some European countries have promised to assist the Nigerian Government recover its stolen funds. This is, no doubt, a laudable and bold initiative worthy of the total and unwavering support of not only Nigerians and Africans but every nation that sincerely looks for a new positive world .

Unlike the situation in the early 90s, there appears now to be growing recognition of the consequences of tolerating and even assisting the flow of corrupt money into western banks. A number of factors have coalesced to raise the profile of the problem and create pressure for reform: economic globalization and revolution in communications and mass media, international crimes like terrorism and the maturing of an international system to combat money laundering over the last 20years are just a few factors . The inadequacy of municipal laws to address the regulation of common interests especially in the area of stolen funds stashed away in the developed countries by thieving dictators and politicians has impelled the evolution of drastic measures to deal with the situation urgently.

Responding to increasing recognition of the problems caused by public corruption and its devastating effects on the poorest of nations, the international community adopted several international and regional treaties. Some of which include: the United Nations Convention against Corruption (UNCAC), the OECD Convention on Combating Bribery of Foreign Public Officials in International Business Transactions otherwise called the OECD Anti-Bribery Convention, the United Nations Convention against Transnational Organized Crime and African Union Convention on Preventing and Combating Corruption and Related Offences.

The United Nations Convention against Corruption (UNCAC) came into force on December 14, 2005 and so far has been ratified by over 130 parties (Nigeria inclusive). While the UNCAC is not the first international effort to combat corruption, it is innovative in two respects: it is the first treaty to reference the recovery of stolen assets as a priority in the fight against corruption. Second, the treaty also provides a nearly universal multi-lateral platform for mutual legal assistance in corruption related offenses.

The African Union Convention on Preventing and Combating Corruption and Related Offences was entered into force on August 5, 2006 a year after the UNCAC. To date, 43 countries have signed the Convention and 29 states have ratified it. The AU Convention provides a comprehensive framework and covers a range of criminal offences including bribery (domestic or foreign), diversion of property by public officials, trading in influence, illicit enrichment, money laundering and concealment of property. It calls for measures on prevention, criminalization, regional cooperation, mutual legal assistance and recovery of assets. It covers both public sector and private sector corruption, both supply and demand side.

The OECD Convention is aimed at reducing corruption in developing countries by encouraging sanctions against bribery in international business transactions carried out by companies based in the Convention member countries. Its goal is to create a truly level playing field in today’s international business environment. The convention was signed on 17 December 1997 and came into force on 15 February 1999. It has been signed by 37 countries. The United Nations Convention against Transnational Organized came into force on September 29, 2003 and has been ratified by over 145 countries. The purpose of this Convention is to promote cooperation to prevent and combat transnational organized crime more effectively. It is the main international instrument in the fight against transnational organized crime.

These conventions represent a significant step in the effort to develop international standards to counteract the systematic corruption especially in developing countries. The Conventions if effectively deployed have the potential to reduce or even eliminate opportunities for heads of states and other top state officials to exploit the global banking system to conceal or launder the proceeds of political corruption from their countries. The Conventions impose considerably detailed obligations on state parties to take action to identify such proceeds and facilitate their return.

The ratification of the conventions by member states also means that state parties would need to comprehensively reform their substantive municipal laws in order to deny safe havens to funds. By imposing obligations on governments to tackle bank secrecy, the conventions would reduce the attractiveness of jurisdictions that often serve as a destination for stolen funds. In addition, it could serve as a tool to bring criminal complaints against those suspected to have been involved in acts of corruption, no matter where the offense is committed. It could also make offshore jurisdictions to be more accountable, in terms of co-operating with request for mutual legal assistance and to limit bank secrecy in criminal cases. The conventions represent a multi- lateral framework to deal with corruption. Because of its nature and impact beyond a state border, corruption requires a multilateral approach if it is tackled effectively and comprehensively.

Overall, if fully ratified and implemented, the convention would commit governments to remove safe havens not only for bribers but also for corrupt government officials and private individuals. However, whether broad and effective compliance can be achieved, even if the conventions are widely ratified, is an open question. But beyond ratification, developing countries (Nigeria especially) must build their capacity to derive adequate benefit from these conventions. They must train lawyers, judges and law enforcements officers.