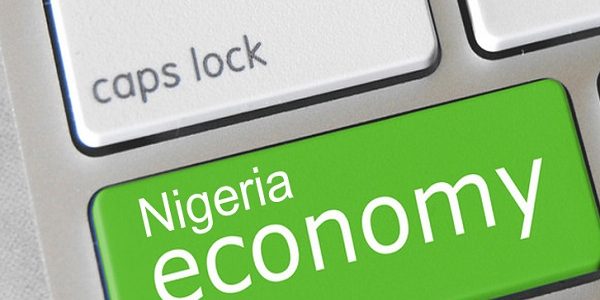 It is evident now that the oil price shock was the main contributing factor causing the downward spiral in the economy resulting in the present manifestations of Nigeria’s economic challenges such as the current recession.  In an ailing economy, the first step that must be taken is a diagnosis of the problem and in Nigeria’s case, I would diagnose that it is suffering from the malignant metabolic economic syndrome, complicated by inflation, high-interest rates, unemployment, weak infrastructure, and the results of the global fall in the price of oil. It is indeed a gloomy state of affairs which if not treated with urgency by introducing strong fiscal, trade, and monetary policy could well lead to depression.

We know that mismanagement for several decades is one of the major contributors to Nigeria’s Economic Challenges but now is not the time to lament but to chart a clear economic policy direction that will give value to the economy. This will entail developing macroeconomic models tailored to stimulate all sectors of the economy and catapulting us out of recession.

On the issue of monetary policy, there is a lot of confusion. There is the need for harmonization between CBN policy which is leaning towards tight liquidity in a bid to harness inflation and the Minister of Finance’s call for increased public spending on capital projects. Note that CBN increased the MPR by 200 basis points from 12% to 14% to combat inflation and stimulate growth. The MPR is the anchor rate at which the CBN, in performing its role as lender of last resort, lends to Deposit Money Banks to boost the level of liquidity in the banking system. If the apex bank intends to increase the level of liquidity in the economy, it reduces the MPR but increases it when it intends to tighten the money supply. By increasing MPR, CBN has unfortunately tightened lending. The banking sector requires strengthening and must be empowered to lend. I recommend that money from the Treasury Single Account should go back to the banks at single-digit rates and that banks’ recommended lending rate should not exceed 5%.

I feel that the CBN should focus on the productive value of the economy and not the numerical value of the naira. The recent devaluation of the naira by the introduction of a floating naira exchange rate has not yielded positive results as we see the naira spiraling downwards. In fact, the new forex regime caused a drop in the GDP from $500billion to some $350billion by reducing per capita income to below $600.

In proffering a solution to this, I feel that Government’s monetary policy will be required to move from strict monetarism of the Milton Friedman School of thought to the Keynesian Model. Milton Friedman promoted an alternative macroeconomic viewpoint known as “monetarism“, and argued that a steady, small expansion of the money supply was the preferred policy. His ideas concerning monetary policy, taxation, privatization, and deregulation influenced government policies, especially during the 1980s. His monetary theory influenced the Federal Reserve’s response to the global financial crisis of 2007–08. On the other hand, Keynesian economics advocates a mixed economy – predominantly private sector, but with a role for government intervention during recessions. Keynesian economics served as the standard economic model in the developed nations during the latter part of the Great Depression, World War II, and the post-war economic expansion (1945–1973).

I believe strongly that we can recover from Nigeria’s economic challenges such as the recession and I recommend as a start the need for a Presidential Proclamation at the National Assembly, switching from Austerity Policy to Growth Policy, this will instill hope and form the basis for the way forward. I am not sure if the Economic Emergency Powers requested by Mr. President would work. I recall that President Shagari had them and failed; the Venezuelan model has also not worked.  To boost the economy will require massive spending on infrastructure and public works which will also require manpower resources. This is the Keynesian economic model. This way we will spend our way out of recession with the objective of reducing inflation. The CBN should reduce the MPR to a single digit of say 5%  and create a framework for quantitative easing.

Further, we need to consider a National Treatment Policy that will create the environment for real sector growth. We would need to establish a Development and Guarantee Bank to provide financing for national development which can be supported by asset securitization. Considering all solutions, I will add the need for the government to prepare a Public Sector Borrowing Requirement (PSBR) and borrow according to needs. It may be possible to borrow against future oil receivables as was proposed with China by the last administration. It would also be necessary for the federal and state governments to pay off domestic debts to inject liquidity into the system, whilst retaining a clear debt ratio policy.

I have always advocated the need for massive legal and institutional reform in the financial services sector which will allow money to flow through the veins of the economy. For banking regulations, I suggest we can adopt the UK model by creating a Financial Conduct Authority (FCA) and a Prudential Regulatory Authority (PRA). The Financial Conduct Authority (FCA) is a financial regulatory body in the United Kingdom, but operates independently of the UK government, and is financed by charging fees to members of the financial services industry. The FCA regulates financial firms providing services to consumers and maintains the integrity of the UK’s financial markets. It focuses on the regulation of conduct by both retail and wholesale financial services firms whereas the Prudential Regulation Authority was created as a part of the Bank of England by the Financial Services Act (2012) and is responsible for the prudential regulation and supervision of around 1,700 banks, building societies, credit unions, insurers, and major investment firms. This model would limit CBN like the Bank of England to monetary policy and domicile supervisory functions in the PRA. The proposed new regulatory agencies will provide more effective supervision of the banks than is the case.

On the need for huge stimuli for business growth, there will be the need to create a debt factor market to soak up non-performing loans presently on the banks’ balance sheets now standing at about 20trillion naira. Also, medium and small businesses must be encouraged and enabled to access funds to grow their businesses as these businesses represent the engine of economic growth. Access to funds should be supported by a robust private sector-led mortgage market by waking up dead capital trapped in the nation’s housing stock valued at over 7 trillion naira. We will also need to urgently explore alternative income sources from Agriculture, Maritime, Aviation, Infrastructure, Mining, etc. If the Government’s efficiency is enhanced and the States are required to

contribute as economic enablers, then there will be less strain on the national purse and States will be forced to generate income.

It will be encouraging for the government to give hope with a clear vision of how to tackle the recession. For example, Franklin D. Roosevelt’s ‘New Deal’ got the United States out of the Great Depression in the 1930s. In the case of FDR’s New deal, massive public works programs like the momentous Tennessee Valley construction were undertaken to generate employment and hope for the American people. Several important laws were enacted to support the New deal among which two in particular impacted the economy. The Glass-Steagall Banking Act was enacted to restore confidence in the banking system after thousands of bank failures in the first years of the Depression in the U.S. This Act prohibited banks that held government deposits from speculation and trading but compelled lending to the real sector. Also, the National Industrial Recovery Act (NIRA) was a law passed by the United States Congress in 1933 to authorize the President to regulate the industry to stimulate economic recovery. It also established a Public Works Administration to put millions back in employment by massive public infrastructure development.

A more recent example in the U.S was the introduction of the Emergency Economic Stabilization Act, 2008 commonly referred to as an Act to bail out the U.S financial system. This law was enacted in response to the subprime mortgage crisis. The United States Secretary of the Treasury was thereby authorized to spend $700 billion to purchase failing bank assets under the Troubled Asset Relief Program (TARP). Under TARP, funds for the purchase of distressed assets were mostly re-directed to inject capital into banks and other financial institutions while the Treasury continued to examine the usefulness of targeted asset purchases.

Another innovative piece of legislation was the American Recovery and Reinvestment Act signed into law by President Obama in 2009. This historic legislation stimulated massive job creation during challenging economic times by cutting taxes and investing billions of dollars in critical sectors such as energy, health care, infrastructure, and education.

I have highlighted all of these illustrations to project how other jurisdictions have dealt with economic crises. I emphasize the need for immediate economic and macroeconomic policy measures to be put in place to steadily reverse the impact of Nigeria’s Economic Challenges. This will require setting up a council of economic advisers to advise Mr. President on economic policy by providing objective economic analysis and advice on the development and implementation of a wide range of domestic and international economic policy issues. This will provide a New Economic Model that when implemented and pursued vigorously can turn around Nigeria’s Economic decline.