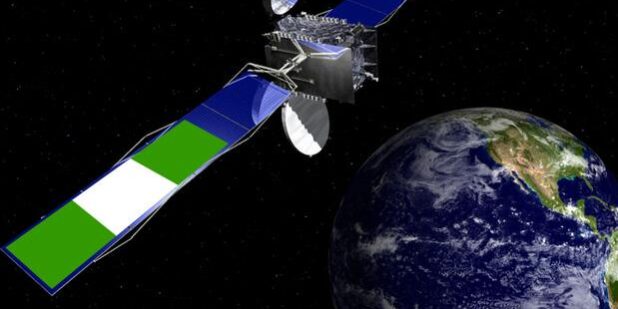 Space exploration used to be a luxurious means of technological and technical might for the United States of America and the defunct Soviet Union until other developed nations realized the potential of space technology in navigating real-life national challenges and improving the conditions of living on earth and its economy. They realized that materials discovered in the space world can be well used as a tool to address national challenges. Nigeria, among other developing nations also followed suit, directing their substantial resources to exploit outer space programmes for socioeconomic gains, as well as national pride among the committee of nations.

Few people know — or remember — that the National Aeronautics and Space Administration (NASA) built the first satellite earth station in Nigeria the NASA Tracking Station 5, in 1961 in Kano to monitor the Gemini and Apollo space missions. But the station was closed in 1963 before both missions were concluded in 1966 and 1972, respectively. In 1976, at an ECOWAS meeting in Addis Ababa, Nigeria first declared its space ambition, and it took about 23 years to set up a space agency. In May 1999, the National Space Research and Development Agency (NASRDA) was established.

Currently, Nigeria’s space programme is managed by NASRDA. And in 2000, the National Space Policy (NSP) was approved, and a 25-year roadmap for its implementation was endorsed in 2005. However, its progress is currently not on track with what NASRDA had envisioned. In 2005 road map, Nigeria stated its main goals were for the Nigerian program to: manufacture a Nigerian satellite; have a Nigerian astronaut; and create a Nigerian launch vehicle to launch Nigerian-made satellites from a spaceport located in Nigeria. As of today, however, there are no Nigerian astronauts or training programs, and the only goal that has been accomplished has been the manufacturing of a Nigerian satellite.

Olisa Agbakoba Legal (OAL) is the only law firm in Nigeria with a practice group dedicated exclusively to space law. OAL has a long history of working with the Ministry of Science and Technology, the Nigerian Communications Satellite Limited (NIGCOMSAT), the National Assembly, policymakers, and, in particular, the National Space Research and Development Agency (NASRDA) to help strengthen the legal, institutional, and regulatory framework that governs Space in Nigeria. This includes reviewing and analyzing the current space policy and creating a new policy that covers more aspects of space activities, (e.g. military policy, public policy, commercial policy); harmonizing national laws with principles in international law and ensuring all areas/aspects of space activities are covered by domestic legislation.

As recent as 2021, OAL wrote to the Minister of Science and Technology proposing the need to review Nigeria’s space policy and the legal framework for space administration in light of growing private sector interest in space and in order to attract investments and development. This led to the first National Space Council Meeting chaired by His Excellency, President Mohammadu Buhari. At the meeting, the President reaffirmed NASRDA as the premier space agency in Nigeria.  This is contained in Presidential Address-National Space Council Meeting (Vol.108, No. 105, of 28th June 2021, Government Notice No.166, Page A459-460) which directs all stakeholders in the space sector in Nigeria to abide by the regulatory framework provided by NASRDA. The President also directed the Minister of Science and Technology, Dr Ogbonanya Onu, to urgently prepare and submit to the Federal Executive Council for consideration and approval “a revised 25-year roadmap for the implementation of the National Space Policy.

Following the President’s directive, NASRDA and OAL collaborated to identify critical legislation and regulation to support Nigeria’s space administration. One of the most critical missing legislation is the licensing framework for Space activities. NASRDA and OAL has worked together to fill this gap by the enactment of Regulations on Licensing and Supervision of Space Activities, 2015 (Vol.108, No.106, of 28th September 2021, Government Notice No.158, Page3 B4209-4235) which empowers NASRDA to license all space activities in Nigeria.  “Space activities” in the regulations include “space objects and their control/management”.  NARSDA & OAL have also signed a Memorandum of Understanding, (MOU) to operationalize the Regulation. This entails creation of an Independent Directorate of Regulation and Licensing and Supervision of Space Activities, which shall be under the Supervision of NARSDA to aggressively drive and implement the Regulation.

OAL is working with the National Assembly to review the NARSDA Act to incorporate aspects of the UK SPACE INDUSTRY ACT 2018 to bring it in conformity with international best practice. We also working to enact legislation to give effect to the following conventions

The Regulations on Licensing and Supervision of Space Activities, 2015 is a great leap forward in Nigeria’s quest to develop and harness the many potentials of space because hitherto unregistered space activities will now be registered. Nobody knows how many space objects are within our jurisdiction but Dr. Agbakoba suggests revenues from license fees will run into Billions of naira. Given governments very scarce resources, additional income from licensing revenue will add substantially.