Compulsory Treatment and care for Victims of Gunshot Act 2017: How Effective?

You are here:
ArticlesHealthcare & Medicals 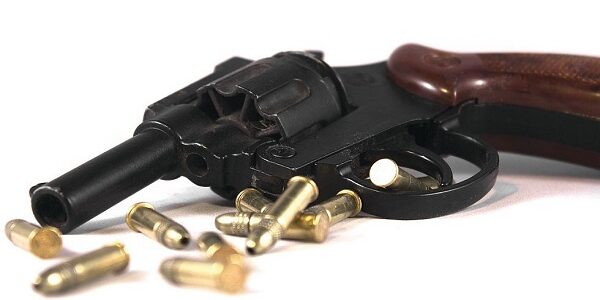 Despite efforts by the Nigerian government to address the issues of people dying from gunshot wounds by signing into law the Compulsory Treatment and Care for Victims of Gunshot Act 2017, news reports show that the numbers are still on the rise. The most recent being that of one Ebenezer Ayeni, who was shot by armed robbers, in his Ibadan residence on June 11, 2021. He was rejected by two hospitals in Ibadan, because there was no police report. Sadly, Ebenezer died without Medicare, after two hours of fighting for his life.

Given that gunshot injury is generally a medical emergency, every minute counts in the fight to preserve the life of the victim.  Therefore a gunshot victim requires urgent Medicare to avoid permanent damage or death of the victim.

In fact, to stop the ugly trend and to uphold the sanctity of life, The Compulsory Treatment and Care for Victims of Gunshot Act, 2017, came into effect on the eve of 2018. The Act mandates all medical facilities to receive and accept victims of gunshot for immediate treatment without a police report.

1). Rights of a Victim of Gunshot

a). Any hospital in Nigeria whether public or private shall receive and accept for immediate treatment anyone with a gunshot wound.

b). A person with a gunshot wound should be given adequate treatment without initial monetary deposit.

c). A person with a gunshot wound shall not be subjected to inhuman and degrading treatment or torture by any person or authority including the police or other security agencies.

2). Right of a Volunteer or Helper of Victims of Gunshot:

The Act accorded volunteers or helpers of gunshot victim the right to be treated with respect and not to be subjected to unnecessary and embarrassing interrogation, in their genuine attempt to save life.

3).  Obligations of the Hospital

Any hospital that receives a person with gunshot wounds must do the following:

a). Report to the nearest police station with 2 hours of commencement of treatment.

b). Notify the family members or relations within 24 hours of becoming aware of the victim’s identity.

c). Keep adequate record of treatment given to the injured person

d). Ensure the victim is fit and no longer in need of dire medicare before the Chief Medical Director certifies him fit to be invited by the police for investigation.

4). Obligations of the Police

The Act listed the responsibilities of the police as follows:

a). To render every possible assistance to any person with gunshot wounds and ensure that the person is taken to the nearest hospital for immediate treatment.

b). To commence investigation to ascertain the circumstances under which the person was shot.

c). To furnish the hospital with background information of the victim.

5). Penalties under the Act

b). A person who commits an offence under this Act which leads to or causes substantial physical, mental, emotional and psychological damage to the victim, commits an offence and is liable to imprisonment for a term of not more than 15 years and not less than 5 years without an option of fine.

c). Any person or authority including any police office, other security agents who stands by and fails to perform his duty under this Act which results in the unnecessary death of any person with gunshot wounds commits an offence and is liable on conviction to a fine of N500,000 or imprisonment for a term of five years or both.

The language of the law is very clear and unambiguous. No initial monetary deposit is required to accept and commence immediate treatment of a victim of gunshot. Police report is also not required. However, the hospital has a duty to report to the police within two hours of receiving such a person.

It is very clear, from the Act that its purpose is to preserve the life of gunshot victims by removing obstacles that prevent quick medical attention to them. The Act balances the desire of persons injured by gunshot to receive medical attentions as soon as possible with the need to protect hospitals, doctors and even ‘good Samaritans’ who attend to gunshot victims, from molestation and harassment by the police, without hindering the duty of the police to apprehend and prosecute criminals.

The Nigerian Police Force and the Nigerian Medical Association has lent their support by releasing statements in the past, encouraging their personnel and members respectively to comply with provisions of the Act.

In the Light of these developments, why do we still have cases of hospitals demanding for police reports before treatments of gunshot wounds in 2021? Are health workers still being arrested and harassed for accepting to treat victims of gunshots without police reports? Are personnel of hospitals and authorities not aware of the existence of this law? Are victims unaware hence not seeking redress or remedies where these rights are infringed?

Since the coming into force of the Compulsory Treatment and Care for Victims of Gunshot Act, 2017, hospitals have no reason to reject gunshot victims on grounds of absence of police report. But apparently, it is not enough to have the law in place, it is necessary to do the following:

a). Advocacy: create awareness through sensitization programs, webinars, seminars and workshops to educate law enforcement authorities, hospitals and the public on their rights and obligations under the Act. Federal and State governments through the Ministries of Health, Ministries of Justice and Nigerian Police force should take the initiative and drive the awareness programs.

Legal practitioners and private organizations who advocate for people’s right should also lend their voice and ensure that this law is recognized and implemented to serve its purpose.

b). Review of Administrative procedures: It calls for a total review of the authorities’ and hospitals’ standard operating procedures such that old processes will be replaced with the new.

d). Training: The Act should be infused in the Police College and Medical School Curriculum.

e). The police should redirect its effort, to prosecuting those (including security agents) that fail to perform their duty under the Act and death occurred as a result of the failure. This will ensure compliance by hospitals and security agents. Chinyere is a Senior Associate and the Legal Administration Manager with over 8 years’ experience that span across different industries in Human Resources Management; in addition to her Litigation and Corporate Commercial experience…