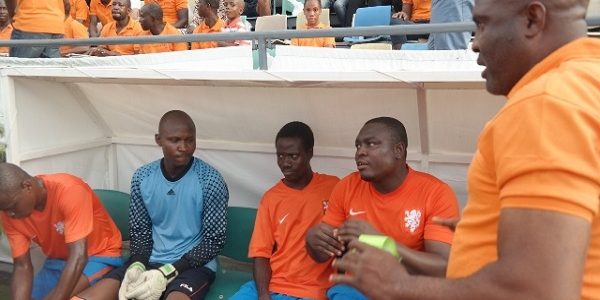 As the 13th edition of the Bankole Olumide Aluko Memorial Tournament popularly called BOA Tournament came to a climax on May 25, 2015 at the Astroturf 2000 Ikoyi Lagos with OLISA AGBAKOBA LEGAL taking on PROBITAS in the finals there was much anticipation and excitement as lawyers and friends gathered to witness the final football match.

Before the final match, the Law Firm of Tayo Oyetibo & Bayo Osipitan defeated the law firm of Aluko & Oyebode in the 3rd place match to emerge 3rd in the tournament.

The final match lived up to the pre-match billing as players from Olisa Agbakoba Legal (OAL) AND Probitas displayed excellent football skills. The match was tensed as both teams were anxious to score. As expected there were fireworks from both teams right from the moment when the center referee signaled the commencement of the day’s proceeding. Goal scoring chances were rather few as the game was a cagy affair.

After 20 minutes the match ended goalless and had to be settled on penalties. Olisa Agbakoba Legal (OAL) came out winning 3:1 and the arena was immediately thrown into a frenzy of dance and jubilation by the OAL players and supporters.