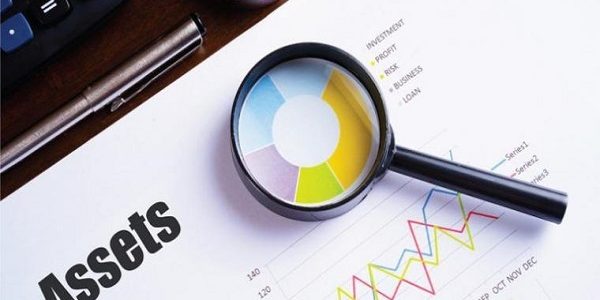 Africa is bleeding. Statistics produced in the Stolen Asset Recovery (STAR) Initiative: Challenges, Opportunities, and Action Plan, a document jointly produced by the World Bank and the UNODC put corrupt money associated with bribes received by public officials from developing countries at between $20 billion and $40 billion annually; a figure equivalent to 20 to 40 percent of flows of official development assistance (ODA). A Director of the United Nations Office on Drugs and Crime (UNODC), was once reported as saying that $110 billion was being looted annually from the Nigerian treasury. He further mentioned that stolen monies stashed in foreign accounts by corrupt Nigerian public office holders increased from $50 billion in 1999 to $170 billion in 2003. There may be impreciseness as regards the figures quoted, but the incontrovertible fact is that the nation must recover these looted funds, in light of its dire economic situation. It is even more disturbing that monies which would otherwise have been allocated for developmental purposes end up hidden in foreign financial centers. The recently concluded international litigation and asset recovery forum organised by Law Digest, in which the Firm’s Senior Partner played a prominent role as a discussant brought to the fore the fact that Nigeria cannot afford to depend on the assistance of foreign governments to recover these looted funds. The skepticism of foreign governments to return these trapped funds has become more than apparent. This reluctance to provide genuine assistance to Nigeria was demonstrated in the Ibori case, where the stolen funds have still not been repatriated, as at the time this article was written, even after a conviction has been successfully secured by a UK court. It has become obvious that Nigeria will have greater bargaining power if it develops its indigenous institutions for fighting corruption such that judgments relating to money laundering are secured from Nigerian courts as done in the Harliburton and Siemens instances.

It is trite that in order to successfully enforce judgments from Nigerian courts the nation needs to put its house in order by overhauling its anti-corruption institutions, a first step towards developing indigenous asset recovery solutions. Asset Recovery is the process of tracing, freezing, confiscating and returning to their country of origin funds that have been obtained through illegal means.The adoption of the United Nations Convention against Corruption (UNCAC) in 2005 for the first time enshrined the recovery and return of stolen assets as a fundamental principle of international public law. This implies that asset recovery is largely an international policy agenda, with efforts being made among state actors to recover and repatriate stolen assets. Mutual Legal Assistance (MLA) is one of the international law methods by which nations cooperate to combat trans-border financial crime as recognized by the G20 Anti-Corruption Working Group.

In spite of these attempts at global partnerships, only few cases have been successfully completed to date. According to a Swiss Ministry of Foreign Affairs publication dated 30th September 2009, $700 million was returned to Nigeria by the family of the late Gen. Sanni Abacha. Addressing the problem of stolen assets is a challenge. Even where the political will to pursue stolen assets exists, limited legal cum investigative techniques, a dearth of judicial capacity and inadequate financial resources reduces the success rate. Further, jurisdictions where stolen assets are hidden, often developed countries, may not be responsive to requests for legal assistance for some of the afore-mentioned reasons.

In an attempt to aggressively curb corruption, having consistently held a shameful position on the global anti-corruption index, a multiplicity of laws on the subject have been enacted in Nigeria. These include the Economic and Financial Crimes Commission Act, Independent Corrupt Practices & Other Related Offences Act 2000, Advance Fee Fraud and Other Related Offences Act 2006, Money Laundering (Prohibition) (Amendment) Act 2012, the Code of Conduct Act among others. It is evident that the anti-graft agencies as currently constituted are ineffective in dealing with simple financial crimes how much more transnational ones.

They have not developed effective asset- tracing techniques. This may be due to the perceived complications associated with establishing the path flow of stolen resources. This is some kind of misconception because even though the concept of asset tracing is often used in modern times, it is not new to law. In the most simplistic form, asset tracing means follow the money. The modern tracing law originates in English common-law doctrines and has been applied in equitable claims, like constructive trust and equitable liens, which date back to over a century.

Asset tracing has however assumed a new dimension because in the new global economy, individuals and corporations take advantage of the mobility of assets and funds by channeling them both into various jurisdictions. This process of funds transfer can be legitimate or otherwise. The writer is however concerned with illegal funds transfer for the purpose of this article. Usually, the process of recovering misappropriated funds starts with identification cum tracing and is followed by freezing and subsequently the seizure of the relevant assets which may be in onshore or offshore locations. The legal benefits of cross-border transactions are numerous. These advantages soon become disadvantages when criminals capitalize on the gaps between legal systems to perpetuate fraud. The racket has become larger, with criminals continually striving to be one step ahead of the law by utilizing the gaps in the legal systems to hide the illegitimately amassed proceeds of their criminal actions, to the detriment of their victims and national treasuries. Assets must be followed not only to their final hiding place but causality must be proven between the asset and the criminal activity. This poses a particular challenge when dealing with developing countries that are cash-based where monies do not often flow through the established financial system. The lacunas in our Nigerian criminal justice system are numerous.

A more pro-active stand needs to be taken in combating corruption and this begins with institutional and legal reforms. The current administration led by President Muhammed Buhari has openly declared its zero tolerance stance for corruption. This is therefore a most important time for the country to strengthen its institutions. A leaf may be borrowed from the UK approach where a specialized criminal justice system is in existence. The UK government has adopted a stance that all anti-graft institutions are specialized in their functions and are consequently well-funded. The criminal justice system in Switzerland has been celebrated because of its simplicity. There is need for Nigeria to adopt a simple yet specialized approach to asset recovery.

The chain to recovering misappropriated funds is long and often complicated. The process starts with identification which is carried out through specialized investigation and fact finding. This is then accompanied by interim measures to preserve the asset because money stored in whatever form (be it bank deposits, stocks, landed property, commodities such as gold or even luxury goods) can be dissipated in a twinkle of an eye. The tools employed for asset preservation include third party disclosure orders, travel restriction orders, receivership orders, search and seizure orders as well as worldwide freezing orders. Having successfully secured the asset, the next step would be to repatriate and manage the said funds. Such recovery efforts demand a remarkable amount of time, resources and expertise. An essential element in pursuing recovery is the support provided to fraud victims by individual jurisdictions that are involved in the chain of transferring and hiding misallocated assets. The above-mentioned gaps need to be closed through keen cooperation on a supra-national level. Secondly, laws in the relevant jurisdictions need to provide powerful tools to freeze assets, which are potentially proceeds of fraud.

In order to rightfully repatriate these stolen monies, Nigeria needs to match up with the demands of the West. The excuse often given for non-repatriation of these funds is an underdeveloped domestic framework for asset recovery. It is trite that in order to successfully enforce judgments from Nigerian courts we need to put our house in order and overhaul our institutions. There is a need to put in place our own Data Protection Agency and policies, pass into law the Proceeds of Crime Act and establish our own Money Laundering Office (MLO). The European Union for example requires its member states to set up or designate national asset recovery offices as national points of contact. These local offices are not only obliged to assist in cases of asset tracing and recovery, but also to exchange information about best practices. As mentioned by European Union Commissioner Cecilia Malmström, a key success factor in the prevention of white-collar crime and corruption is legislation, Nigeria needs a new legislation for more effective asset tracing. This law will provide for the establishment of more pro-active anti-corruption agencies. The office of the Attorney-General should operate as an effective hub for coordinating mutual legal assistance while overseeing the operations of all relevant agencies.

Another important vehicle for the prevention of crime and corruption which is also a valuable tool in the pursuance of stolen assets and funds is affective compliance systems, which are now compulsory in many jurisdictions and fields of industry. It is important, particularly in developing countries to ensure (or seek to ensure) that an entity behaves in accordance with relevant laws and regulations and such behaviour is implemented and encouraged through specific internal bodies or functions known as compliance management. Lip service should not be paid to compliance and regulation in both the private and public sector. Aspects of successful compliance systems include, for example, clear decision-making competences within the corporation, keeping (accurate) records of relevant business transactions, employing the four-eye principle, control of, and adherence to internal procedures. The introduction of the TSA accounting system is in my view a step in the right direction in this regard as leakages must be plugged at all levels.

Conclusively, the UN estimated that in 2009, the total amount of criminal misallocation of funds was approximately US$2.1 trillion or 3.6 per cent of the global gross domestic product of that year. Remarkably, less than 1 per cent of these proceeds was successfully recovered. These are funds which would otherwise have been channeled to provide the much needed infrastructure and social amenities for African states. Nigeria through the office of the Attorney-General must take a proactive stand and work actively with experts in this field, particularly development law practitioners. There are more than enough reasons to improve asset tracing systems, particularly at the national level. Nigeria cannot afford to rely exclusively on Western powers for assistance; we need to hit criminals where it hurts, by going after the money through indigenous institutions.