Arbitration Process in Nigeria: A Step by Step Guide 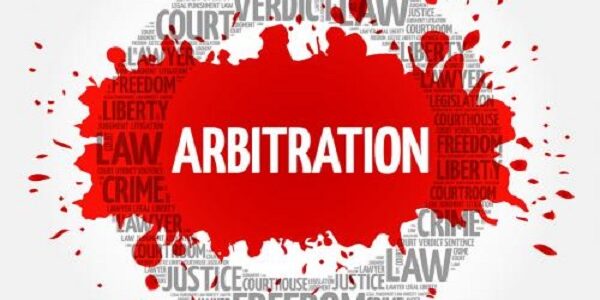 What is Arbitration process?

Arbitration process is an alternative dispute resolution mechanism whereby parties to a dispute instead of going to court for the resolution of their dispute, appoint or agree to appoint a neutral third party know as an arbitrator to hear their dispute and render an award that will be final and binding on the parties.

Arbitration is particularly suitable for the resolution of commercial disputes because unlike the traditional courts system, arbitration it is fast, effective, flexible, and confidential. Additionally, parties to the arbitration are free to choose arbitrators who are experts in the subject matter of their dispute.

How Does Arbitration Work in Nigeria?

How Do You Enter Arbitration Process in Nigeria?

However, even if there was no arbitration agreement in writing before the dispute arose, the parties are free to subsequently agree to proceed to arbitration after their dispute has arisen.

When Should Arbitration Be Used?

Arbitration should be used essentially for commercial related disputes

What are the Steps in the Legal Requirements and Steps involved in the Nigerian Arbitration Process?

As mentioned earlier, for arbitration process to be activated in Nigeria, there must be an arbitration agreement in writing where the parties agree to submit their dispute to arbitration. However, for such arbitration agreement to be binding and enforceable, the dispute that the parties are seeking to submit to arbitration must be arbitrable. This is because certain disputes are arbitrable in Nigeria. These include for example: (i)disputes relating to rights and liabilities which give rise to or arise out of criminal offences; (ii) matrimonial disputes relating to divorce, judicial separation, restitution of conjugal rights, child custody; and  (iii) guardianship matters etc.

Can a Party go to Court in Violation of the Agreement to Arbitrate?

Parties are not allowed to file their cases in court over a dispute that is covered by an arbitration agreement. The Nigerian Courts have established in a long line of cases that parties are not permitted to file their cases in court after agreeing to arbitrate. One of the most notable case is Owners of MV Lupex v. Nigerian Overseas Chartering & Shipping Ltd (MV Lupex) where the Nigerian Supreme Court stated the principle on the in the following words: “[w]here parties have chosen to determine for themselves that they would refer any of their dispute to arbitration instead of resorting to regular courts a prima facie duty is cast upon the courts to act upon their agreement”

What should a Party do to Stop the Party who has Filed a Case in Court in Violation of the Agreement to Arbitrate?

Section 4 and 5 of the Arbitration and Conciliation Act requires a party who has been taken to court in violation of the agreement to arbitrate to ask the court to stay or stop the hearing of the case and refer the parties to arbitration.

Can a Party Seek the Assistance of the Court to Appoint an Arbitrator?

Parties to arbitration are allowed to seek the assistance of courts in Nigeria to conduct their arbitration. Such assistance may include the appointment of an arbitrator where the parties are unable to agree on the appointment of an arbitrator. The Courts are also empowered to assist the parties in taking of evidence, presentation of documents issuing witness summons in support of their arbitration process.

What are the Types of Arbitration in Nigeria?

Who Pays for Arbitration Costs in Nigeria?

Arbitration costs are essentially borne by the parties. Additionally, some arbitral institutional rules have a structured formula for costs allocation among parties.

How can Parties Enforce Arbitration Awards?

(a) the duly authenticated original award or a duly certified copy thereof;

(b) the original arbitration agreement or a duly certified copy thereof; and

It is important for the party seeking to enforce an award to do so in the court with requisite jurisdiction to enforce the award.  In choosing which court to institute the enforcement action, it is important to ascertain the identity (whether corporate or individual) and the location of the party in whom the award is been sought to be enforced, as well as the subject of the dispute. This will determine which court whether federal or state has the requisite territorial and subject matter jurisdiction to entertain the action.

It is also important to engage a lawyer that is vast in the practice and procedure of the courts regarding the enforcement of arbitration awards.

Arbitration has become the preferred mode of resolving commercial disputes because of its unique features of efficiency, effectiveness and user friendliness. The Nigerian arbitration landscape has come of age with international standards because of the attitude of the courts to always provide assistance to parties seeking to resolve their disputes through arbitration. Parties are therefore encouraged to explore to possibility of using arbitration as their dispute resolution mechanism in all their commercial transactions. Joseph Siyaidon, Esq, MCIArb is an Associate in the ADR and Maritime Practice Groups at OAL. He has garnered extensive experience from assisting clients in corporate/commercial, compliance, maritime and dispute resolution in different sectors across Nigeria, UAE and GCC Region.