Addressing the Problems of Credit Administration in Nigeria 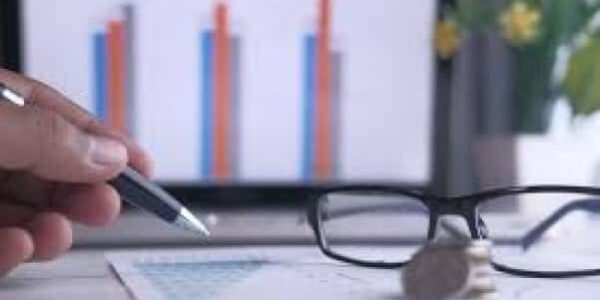 Fostering effective credit administration in Nigeria to encourage proper credit management development was one of the reasons for the establishment of the General Assembly of Banks’ Chief Executives (GABCE) in Nigeria.

Among the other factors that may have motivated the emergence of this body, one distinct concern must be the need to enhance the legal processes and institutions that create a conducive environment for credit activities. This is because the supply of credit facilities remains a crucial function of banks, and an economic environment in which many banks face the threat of “going under” due to the phenomenon of loan defaults and its attendant pressures on banks’ liquidity positions, gives considerable room for concern.

Addressing the Challenges of Credit and Security Administration in Nigeria

To stem the tide, GABCE must lend support to two major projects aimed at improving the credit environment:

Efforts have been put in place to address these concerns. At least, the basic framework was set with the recent activities of the Association of Banks’ Lawyers (ABL) centred on the question of loan defaults and debt recovery mechanisms. The ABL organized a seminar on November 24, 1992, on the theme: “Debt Recovery Problems and Solutions – The Nigerian Experience.” The seminar was followed up by Committee meetings, and these have produced a communiqué that not only recognizes the concerns expressed above, but also outlines possible solutions.

Banks require the services of ancillary credit support institutions to enable them, (among other things) have adequate information about customers’ integrity, repayment capacity, etc., and to enable them spread the risk of loss in the event of loans defaults. The ABL communiqué confirms that the in-house credit analysis method presently operating, whereby latest audited accounts (plus projections and forecasts) are obtained from the Borrowers, is insufficient, as it does not go beyond peripheral inquiries into the Borrower’s repayment capacity.

Credit referencing and analysis ought to be encouraged as an independent financial function alongside banks, finance houses, mortgage institutions and discount houses, with appropriate statutory controls to ensure the integrity and efficacy of credit reference institutions and their operators. Such institutions could also undertake other ancillary credit support functions that have the capacity to reduce or spread the risk of loss in the event of loan defaults, such as credit brokerage, debt adjusting, debt counselling,
debt collecting, and factoring.

The need for ancillary functions to support the credit activities of banks is well recognized in other countries. In the United Kingdom, for example, ancillary credit functions such as credit brokerage, debt adjusting, debt counselling, debt collecting, and the operation of Credit Reference Agencies are subjects of statutory controls under the CONSUMER CREDIT ACT of 1974.

Enhancing the Legal Processes (Institutions and Procedures) For Debt Recoveries

Judicial institutions ought, ideally, to play a crucial role in the debt recovery endeavours of banks and other financial institutions. Between March and June 1992, we conducted a tentative inquiry into the workings of the Lagos State High Court with a view to ascertaining its efficacy (or otherwise) vis-à-vis the debt recovery endeavours of banks. Our findings confirmed our apprehensions that the judicial system has fallen considerably behind what is required to meet the volume of modern day litigation requirements
of the financial sector.

These findings are published in an interim report: “Debt Recoveries and the Judicial Process”, which was presented before a joint meeting of Banks’ representatives and debt recovery lawyers held on July 31, 1992. The report also outlines a few tentative
proposals for reform, including the establishment of special commercial courts and the operation of special rules of procedure in debt recovery cases to facilitate expeditious hearings. The ABL communiqué, also, identifies slow court process and court congestion among the problems encountered in the process of debt recoveries.

Furthermore, there is the need to open up alternative channels in order to ease the pressure on conventional debt recovery methods. Insolvency proceedings (Bankruptcy against individuals and Winding up against corporate debtors) are possible options that have not been fully explored.

The legal regime governing bankruptcy proceedings relegate the procedure to a purely ancillary process in the debt recovery endeavours of banks and financial institutions. There is an urgent need to elevate the bankruptcy process into a substantive debt recovery mechanism through a radical overhaul of the Bankruptcy Act 1979. The winding up process under the Companies and Allied Matters Act, 1990 also requires legislative review to make the procedure more effective.

A Comprehensive Credit and Security Code

The phenomenon of loan defaults is, to a large extent, a function of a more structural problem, viz.: the absence of a statute that comprehensively sets the legal framework for credit and security transactions. Virtually all forms of secured credit arrangements are operated within a laissez-faire framework in which the parties are left to their bargaining powers even in respect of such crucial matters as enforcement of securities.

The law does not adequately assist the security enforcement endeavours of Banks and Financial institutions. Take for example, the Equipment Lease, which is becoming an increasingly important mechanism for financing the fixed asset requirements of major business ventures. The legal regime governing equipment lease transactions gives very little protection to the creditor. It often turns out in practice that the repossession rights included in lease agreements in favour of the creditor are illusory, as law enforcement agents are reluctant to assist creditor’s repossession endeavours in the event of default by the debt-or.

Legislative intervention is required to elevate repossession rights into something analogous to the formal judgement of the court of law in respect of which execution can issue against the debtor in the event of default, and with the assistance of law enforcement agencies, after requirements as to registration of repossession rights have been complied with. Similar problems afflicting other forms of secured credit arrangements can be addressed by a comprehensive code on credit and security. Such a code may also set the legal framework for the establishment and regulation of ancillary credit services such as those mentioned above.

The central message of this presentation is that the time has come to effect a radical overhaul of the legal regime governing the credit activities of banks and other financial institutions. The birth of GABCE is timely, and it is hoped that GABCE will catalyse the process of reform.

Our law firm has been involved in studying and proposing reforms in respect of the legal structures and institutions of the credit and security administration process. In 1991, we proposed the formation of a Forum for Commercial Court Users (FOCCUS) to act as a pressure group to catalyse the process of reform. We have also been working with the Association of Banks Lawyers (ABL) that has largely addressed concerns identical with those that motivated the conceptualization of FOCCUS. We have also liaised with the Equipment Leasing Association of Nigeria (ELAN) and the Money Market Association of Nigeria.

Furthermore, we have conducted various researches and contributed to various seminars on sub-jects related to credit and security administration (Please see attached Bibliography). Having thus been involved in efforts to reform the credit administration process we would be glad to provide such further assistance as GABCE may require in respect of the concerns noted in this presentation. Dr. Agbakoba is the Senior Partner and Head of the Arbitration & ADR practice group in Olisa Agbakoba Legal (OAL). He’s one of Nigeria’s leading experts in arbitration and has presided over several complex cases.