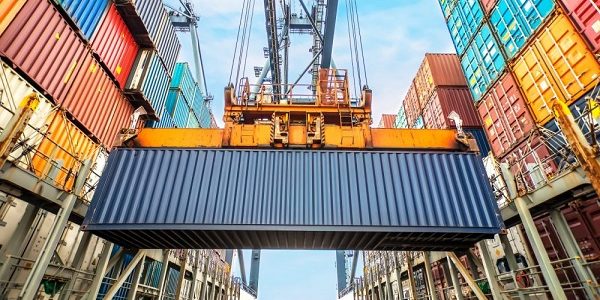 The maxim, “Once on Demurrage, always on Demurrage” is with respect to the subject matter of a Charterparty.

The charterer is expected to load or discharge its cargos within laytime, if the charterer exceeds the period, demurrage will start to accrue. Demurrage is damages paid for using a vessel outside the agreed period.

The maxim “Once on demurrage, Always on Demurrage” simply means that:  a charterer will be liable for using the vessel outside the agreed period specified in the charter party. Therefore, the breach continues until loading or discharge is complete.

The question is, can demurrage ever be suspended? Simply put, can a charterer ever show any cause as to why he should not be liable for the extra time spent outside of laytime? Generally speaking, demurrage cannot be suspended, it is an absolute and continuous liability; however, there are certain circumstances where demurrage will not accrue. These circumstances are discussed below.

In the case of “Agios Dimitrios” it was held that the charterer will not be liable for the extra time spent because the delay was as a result of the ship owner’s breach of due diligence as the vessel’s hold was not fit to receive the charterer’s cargoes.

Demurrage will also not accrue under certain agreed conditions incorporated by parties into the charterparty; such as Adverse Weather Condition, Christmas day, Boxing day, Sundays, Public holidays, Strike, Riot and any other event that could pose as a problem to laytime.

However, if the cause of the delay is as a result of some unforeseen circumstance not envisaged by the parties, it will sadly be the charterer’s misfortune and he will bear the loss.

It is of importance to mention here that once demurrage starts to accrue due to no fault of the ship-owner and subsequently, the vessel is further delayed due to the ship owner’s fault, demurrage will keep accruing; the chain of causation cannot be said to have been broken.

This is because had the charterer completed loading or discharge within lay-time, demurrage would not have accrued in the first place.

Once a vessel is on demurrage, nothing will cause its suspension unless the contract clearly states otherwise. This principle was reiterated by Hobhouse J in the case of “The Forum Craftsman” also by Lord Reid in “The Spalmatori”.

Furthermore, Mocatta J in the case of “Tsumaku Maru” made a profound statement with reference to the Charterer’s excuses of running out of laytime.

He stated thus; “It does not avail the charterer to say….Oh, I couldn’t help your ship being delayed; the port was full of ships chartered by other persons over whom I had no control and until a berth became available on one of those ships leaving after having completed loading or discharge, it was beyond my powers to do anything by way of discharging your vessel….. The liability to demurrage falling upon a charterer in such circumstances is his misfortune….”

In order for charterers to escape the strict application of the maxim, it is important to include in the charter-party times when lay-time will not run.

A simple clause such as “time shall not count if the vessel is on an inward passage moving from a waiting place to the place of loading or discharge specified by Charterer……..” or “demurrage not to accrue on Public Holidays, Sundays, Strike, Riot, Tornado, Hurricane, Earthquake……” can be used to escape lay-time running or demurrage accruing on certain conditions.

In the absence of a specific clause like the ones given above, nothing will prevent lay-time from running or demurrage from accruing even though it seems unfair.

It is the responsibility of the charterer to protect himself and his interest against any misfortune with a simple clause. Time is always of the essence in a charter-party; thus the ability to perform the task of loading/discharging within lay-time is crucial.