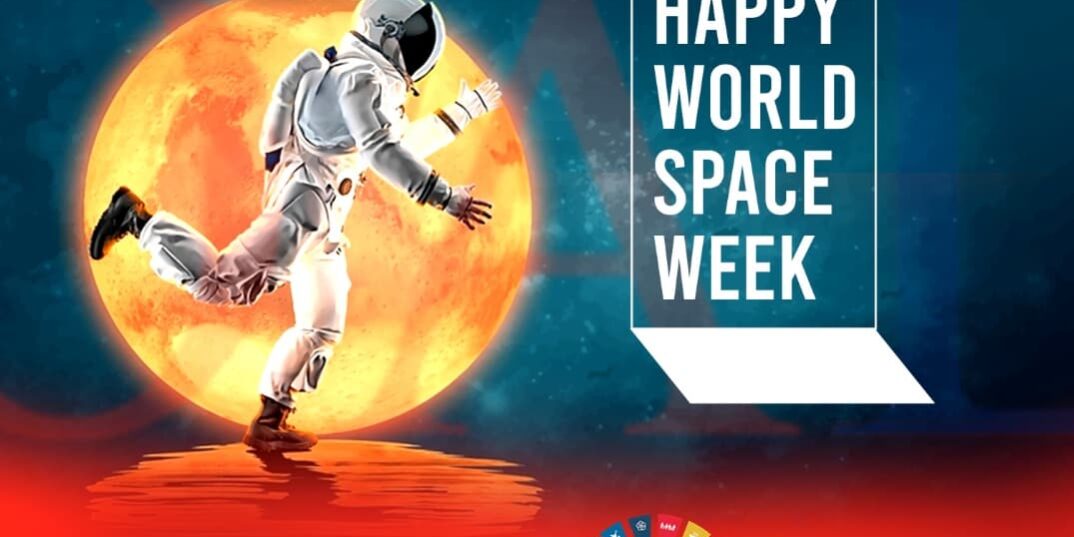 World Space Week is a week dedicated to celebrating the contributions of space science and technology to the betterment of the human condition. It is observed annually from the 4th to the 10th of October. World Space Week is the largest annual space event in the world. The week helps in building up the workforce of tomorrow by inspiring students; demonstrating support for space programs; educating the public about space activities, and fostering international cooperation in space outreach and education. Each year, a theme is selected by the World Space Week Association Board of Directors in close coordination with the United Nations Office of Outer Space Affairs. The theme provides broad guidance to various participants of World Space Week on the content of the programmes.

According to a report released by the Space Foundation, the global space economy grew in 2021 at the fastest annual rate since 2014, hitting a record of $469 Billion with the United States and China as the biggest spenders. The space industry is enjoying a surge of activity unlike anything since the launch of Sputnik nearly 65 years ago, which signaled the start of the Space Age. Billions of dollars of private investment have fueled a new wave of startups across various aspects of the space business, including rocket development and satellite systems. Cheaper access to space has also increased the number and size of “constellations’ ‘ made up of hundreds or thousands of satellites. The increase in constellations is adding to worries about the growing population of objects in low Earth orbit, both satellites, and debris. The latter includes defunct satellites and rocket stages, as well as fragments created by accidental collisions and, in some cases, deliberate tests of anti-satellite weapons. This debris could set off a chain reaction of collisions. This scenario, called the Kessler Syndrome, could eventually make it difficult or impossible for satellites to operate in some orbits, particularly the low Earth orbits used by Earth science and communications satellites.

Rocket Launchers also pose other sustainability issues. Many rockets use fuels like kerosene that generate greenhouse gasses and soot. And while the emissions from launches are tiny compared to aircraft. Launches can deposit pollutants in the upper atmosphere, magnifying their effect, as an Aerospace Corporation Corporation study noted. The effects of rocket emissions on the atmosphere are still largely unknown, however, as are the effects of reentries of rockets and satellites that could deposit materials like aluminum in the upper atmosphere.

Although these issues are concerning, the increase in satellites is also making it easier and cheaper to monitor environmental issues like air quality; human rights violations, terrorism, etc. There are other emerging space opportunities in energy, mining, manufacturing, transportation, finance, military intelligence, agriculture, and communications to mention a few.  In the words of Christa McAuliffe Space is for everybody. It’s not just for a few people in science or math, or for a select group of astronauts. That’s our new frontier out there, and it’s everybody’s business to know about space.”

Nigeria can position itself as a major player in space technology with the appropriate policies, laws, and institutional frameworks. As the 2023 national elections approach, we urge political parties to consider the many opportunities available in space exploration and to articulate a sustainable policy for the space sector in Nigeria. The ideal space policy and laws should ensure socioeconomic benefit now and in the long term. It should be about having a robust and competitive commercial space sector. This is especially important in light of growing private sector interest in Nigeria. The policy should strengthen and encourage public-private partnerships by ensuring regulatory licensing processes of space systems and services are transparent and consistent with national goals. It should work to reduce the regulatory burden and create the flexibility necessary to accommodate innovation and technological demands by identifying key suppliers and manufacturers and incentivizing them to invest in Nigeria. It should also facilitate new market opportunities for Nigeria’s commercial space capabilities and services. Finally, Space technology will power the next industrial revolution and so Nigeria should position itself as a leader in space sustainability in Africa.

Happy World Space Week to you.