Nigeria, Sixty Years Of Self-governance – The Lingering Challenge Of Structure 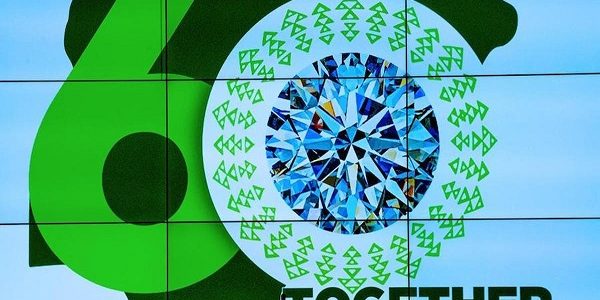 Nigeria, Sixty Years Of Self-governance – The Lingering Challenge Of Structure

The Creation of the Structure

Simon Kolawole in his article, Rethinking the Mistake of 1914, published in Abusidiqu.com on January 5, 201  4, referred to the era before 1914 as follows:

“Before then, there was no Nigeria… There were many ethnic groups sprinkled randomly over the landmass. There were empires, kingdoms, city-states, and emirates. War and peace united and divided hamlets, communities, villages, towns, cities, and territories. Trade, military adventures, and political alliances crossed borders, tribes, and tongues. But there was no Nigeria”.

46 years after the amalgamation, precisely on 1st October 1960, Nigeria attained independence from British rule and thereafter became a Republic in 1963. 1st October 2020, made it sixty years of Nigeria’s independence and self-governance. In all these years of self-administration, Nigeria has been beset with numerous political challenges, notable among which is the challenge of structure. In the course of Nigeria’s democratic experience, though severally truncated by military incursions, the country has moved from imitating the British type of governance immediately after independence to the American prototype currently in practice. It however appears that neither of the two models of democracy is generally acceptable and satisfactory to Nigerians.

In fact, since independence, the challenge to drafters of the Nigeria Constitution has remained how to politically manage Nigeria’s heterogeneity, as it relates to establishing the institutions, apparatus, and tiers of government; particularly how to define their scope of the powers and also their relationship with one another in a manner that will significantly reduce tensions and conflicts among Nigerian diverse ethnic nationalities and religious interests.

In 1939, Bernard Bourdilion laid the foundation for regionalism, by dividing Nigeria into three Provinces, for administrative purposes. The Richard’s Constitution (1946) adopted the Provinces and expanded the Legislative Council to legislate for the entire country. It also introduced a limited voting franchise for Lagos and Calabar.

Restructuring under the Independence and Republican Constitutions

The Independence Constitution of 1960 was parliamentary in nature. Sections 2 and 3 thereof provided for a Federation consisting of the Regions (Northern, Eastern, and Western) and the Federal Territory (Lagos). Section 5 made provisions relating to Regional Constitutions. This allowed the Regions to promulgate their own Constitutions.

The 1960 Constitution also established a bi-cameral legislature at both the Federal and Regional levels. Legislative powers were therefore shared between the Federation and the Regions under concurrent, exclusive, and residual lists arrangement.

The 1960 Constitution also conferred executive powers on the Prime Minister and Premier at the Federal and Regional levels respectively. Section 53(1) of the Independence Constitution established the “office of the Governor-General … who shall be appointed by Her Majesty (Queen of England) … and who shall be Her Majesty’s representative in the Federation”. Section 78 vested the executive powers of the Federation in Her majesty, to be exercisable on her behalf by the Governor-General.

Under the 1963 Constitution, Nigeria became a Republic, by the Name of the Federal Republic of Nigeria. A fourth Region was carved out of the Western Region, making Nigeria a Federation comprising four Regions (Northern, Eastern, Western and Mid-Western) and a Federal Territory. Section 5(1) of the 1963 Constitution recognized the powers of the Regions to make their respective Constitutions. Section 84 of the 1963 Constitution established the office of the President and vested executive authority of the Federation in the President. Section 87 established the office of the Prime Minister, to be appointed by the President. The Supreme Court became the highest Court, thereby stopping appeals to the Privy Council. Regional autonomy was the hallmark structure of the Independent and Regional Constitutions. Remarkably, the Regions had their own missions in the United Kingdom, headed by the Agents-Generals, appointed pursuant to relevant Sections of their Constitutions (Sections 66, 65, and 68 for the East, West, and North respectively)

Commenting on this development, Eric Teniola, in an article (when the regions were autonomous and free (2) published in Vanguard Newspapers of February 4, 2020, remarked that “you don’t’ appoint an Agent-General unless you are a Sovereign state”. He also remarked that “the Constitutions of the four regions had differences which made them sovereign and unique. The Regional Constitutions made provisions that established various Courts, including High Courts and Courts of Appeal for their respective Regions. See Chapter IV of the respective Regional Constitutions.

Restructuring under the Military Dispensations

Barely two years and three months into the operation of the Republican Constitution, the military took over the control of the Nigerian government on 15 January 1966 and the Federal Military Government enacted the Constitution (Suspension and Modification) (No. 5) Decree 1966. The Federal Military Government also enacted the Unification Decree No 34 of 1966. Section 1 of the Unification Decree discarded the Federal system of government by the provision that “Subject to the provisions of this Decree, Nigeria shall on 24th May 1966 (in this decree referred to as ‘the appointed day’) cease to be a Federation and shall accordingly as from that day be a Republic, by the name of the Republic of Nigeria, consisting of the whole of the territory which immediately before that day was comprised in the Federation”.

However, restructuring of the Nigerian political landscape took a dramatic turn in 1976, when another Military Government finally jettisoned the Regional arrangement by promulgating a Decree dividing Nigeria into twelve states. In a national broadcast on 27 May 1967, General Yakubu Gowon announced and explained the states creation in the following words:

“The main obstacle to future stability in this country is the present structural imbalance in this country in the Nigerian Federation. Even Decree No. 8 or confederation or ‘loose association’ will never survive if any one section of the country is in a position to hold the others to ransom. This is why the first item in the political and administrative program adopted by the Supreme Military Council last month is the creation of states for stability. This must be done first so as to remove the fear of domination …

The country has a long history of well-articulated demands for states. The fear of minorities was explained in great detail and set out in the report of the Willink Commission appointed by the British in 1958 …

I am satisfied that the creation of new states as the only basis for stability and equality is the overwhelming desire of the vast majority of Nigerians. To ensure justice, these states are being created simultaneously …

To this end, therefore I am promulgating a Degree that will divide the Federal Republic into twelve states.

The national broadcast was reproduced by Nowa Omoigui in a publication at https://dawodu.com/gowon.html

From the broadcast reproduced above, the 1967 creation of twelve states was, apparently a response (first of its kind) to agitations arising from structural imbalance and fear of dominion; though it is also considered by many as shrewd political maneuvering, particularly against the Eastern Region, at loggerheads with the Federal Military Government at the time. The Wikipedia (wikipedia.org/wiki/Yakubu Gowon) aptly summarized the feeling thus:

“In anticipation of eastern secession, Gowon moved quickly to weaken the support base of the region by decreeing the creation of twelve new states to replace the four regions. Six of these states contained minority groups that had demanded state creation since the 1950s. Gowon rightly calculated that the eastern minorities would not actively support the Igbos, given the prospect of having their own states if the secession effort were defeated”.

The 1979 and the 1999 Constitutions similarly eroded the autonomy of the component states; unlike the Independent and Republican Constitutions, under which Regional autonomy flourished. The lopsided nature of the Federal structure under the 1979 and the 1999 Constitutions is an aftermath of the Unitary system under the Military rule, where the state structure was skewed to favour the central military command. The effect of erosion of states’ power is the present scenario of too much concentration of power at the center, characterized by a monolithic and overbearing Federal Government against beggarly states. Most of the states practically depend on handouts from the Federal Government and Monthly Allocations from the Federation Account for survival.

It is indeed worrisome that six decades after independence from British rule, Nigeria’s unity is still in question and the polity is more than ever, inundated with the same challenge that arose immediately after independence. The same challenge that led the country to a bitter and avoidable civil conflict at its infantile stage has remained unchecked for over six decades. The result is sustained generational handover of mutual hatred and mistrust amongst Nigeria’s ethnic nationalities and religious groups.

In fact, Nigeria is in a crisis situation and is in dire need of restructuring as the antidote to the numerous ailments that have bedeviled and pulverised her into something far from the Giant of Africa that she claims to be. Although Nigeria has ignored all the danger signs and indicators showing that all is not well with the country. But how long can Nigeria continue in such pretense without dire consequences?

Some people have misunderstood the call for restructuring as a clamor for the disintegration of Nigeria. This is quite unfortunate because restructuring is not an aberration and the present article has demonstrated that it is not new or strange to Nigeria. The restructuring will not break Nigeria, rather it will make Nigeria stronger and more united.

Presently, there is too much concentration of power at the centre to the detriment of the states; wherein the Federal Government controls almost all the resources of the nation. Thus, the tendency to scramble for the control of the centre, sometimes by all means. This created fear of dominance amongst the ethnic nationalities. The result is the ultimate polarisation of Nigerians basically along ethnic lines.

Restructuring and a People’s Constitution

It is arguable that most, if not all the factors presently generating tension, will be largely addressed if the system is reorganized in a way that the Federal Government concerns itself only with issues of national importance while the rest are devolved to the federating units. This will not only make the centerless attractive but will also drastically reduce the tension and fear of dominance amongst ethnic nationalities.

For instance, Nigeria can be reorganised into something akin to the 1963 arrangement, when there were regions. This time the Geo-Political Zones can be recognised by the Constitution as the federating units. The Geo-Political Zones should be autonomous and have the power to make their respective Constitutions and decide whether to have just one Central Government or to further devolve power to States and or Local Governments and also the criteria for the creation of the States and Local Governments. Each Geo-Political Zone should also decide on the kind of legislature to adopt (be it bicameral or unicameral), whether to have just the Zonal and or state police, apart from the Federal Police, and whether the promotion will be strictly on merit or by the quota system, etc.

Similarly, Dr Olisa Agbakoba, in a published interview granted to Guardian Newspapers on June 15, 2011, admonished that “since the amalgamation of the Southern and Northern Protectorates in 1914, the National Question of a Peoples’ Constitution has continued to stare us, the diverse ethnic nationalities, in the face. Nigeria has failed, and never confronted the issue of a People’s Constitution. A People’s Constitution is about an agreed framework for co-existence among our ethnic nationalities”.

There is no gainsaying that a people’s Constitution can only come about through a genuinely representative national dialogue to effectively address all the hard questions that militate against harmonious coexistence among Nigerian ethnic nationalities. It is also a fact that Nigeria is long overdue for a people’s Constitution that will restructure the country in the overriding interest of the heterogeneous ethnic nationalities.