Landmark Judgement: An Oil Rig is a Vessel Under the Cabotage Act, 2003 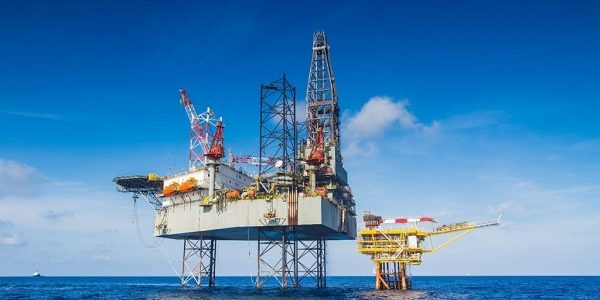 In a landmark judgment delivered on Friday, June 14, 2019, by Honourable Justice Babs Keuwumi of the Federal High Court Lagos, in Seadrill Mobile Units Nigeria Limited v The Honourable Minister for Transportation & 2 Ors Suit No:FHC/L/CS/607/2016, initiated vide an Originating Summons, it was held that drilling operations fall within the definition of ‘coastal trade’ under the Coastal and Inland Shipping (Cabotage) Act and that oil rigs fall within the definition of vessels under the Act.

The Plaintiff, Seadrill Mobile Units Nigeria Limited, had initiated the suit in reaction to the detention of its oil rig, The West Capella, by the Nigerian Maritime Administration and Safety Agency (NIMASA), which had been detained upon the Plaintiff’s failure to register it as a vessel at the Ship Registry for cabotage operations. Pursuant to the suit, the Plaintiff in seeking the release of its vessel from detention raised two questions for determination to wit:

It was the Plaintiff’s counsel’s argument that drilling operations were simply limited to oil production and this had no relation to the carriage of goods and passengers within Nigerian waters, which had been defined as coastal trade and cabotage under s 2 of the Act. The Plaintiff further argued that s 22 (5) of the Act expressly included certain vessels that were eligible for cabotage registration under the Act. It was argued that it was immaterial that the word ‘include’ was used in s 22 (5) and that the express mention of the specific vessels in the section meant the exclusion of an oil rig, which was not mentioned.

It was also argued that The West Capella was a type of oil rig known as a drillship and that this fact ought to be taken into joint consideration with the provisions of the Admiralty Jurisdiction Act, NIMASA act, and Merchant Shipping Act, which all contained provisions defining an oil rig as a ship.

In deciding the first question for determination in the affirmative, the Honourable Court found that the Plaintiff’s drilling operations, which were conducted offshore fell within the ambit of the definition of coastal trade and cabotage in s 2 of the Cabotage Act. The Honourable Court further found that the pictorial evidence of The West Capella reflected that its drilling operations encompassed the carriage of goods and persons for the purpose of being classified as coastal trade or cabotage under s 2 of the Act. In also deciding the second question for determination in the affirmative, the Honourable Court considered the provisions of the Admiralty Jurisdiction Act and Interpretation Act and found that an oil rig was defined as a ship. The Honourable Court was of the position that the word – ‘include’ as utilised in s 22 (5) of the Cabotage Act was to broaden the scope of the Act’s application to encompass vessels not specifically mentioned in the Act. It was the Honourable Court’s position that the community reading of the Admiralty Jurisdiction Act, the Interpretation Act and Cabotage Act meant that drilling rigs fell under the definition of a vessel under the Act.

The judgment is groundbreaking as it has now settled the age-long controversy regarding whether the oil rigs employed by oil and gas companies in the maritime industry can be regarded as vessels for the purpose of the Cabotage Act. The judgment is also far-reaching as NIMASA can now charge and demand statutory levies on the oil rigs for cabotage activities, which had hitherto been contested by the oil and gas companies. As a corollary, the government stands to derive significant revenue from these levies thereby improving Nigeria’s economic fortune.