How to Seek Redress for Human Rights Violations in Nigeria 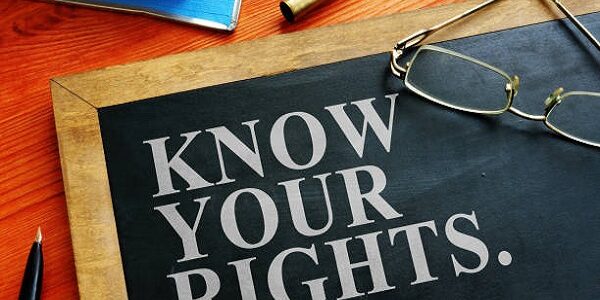 Why Do I Need to Know How to Seek Redress for Human Rights Violations in Nigeria?

Nigeria has witnessed an increase in Human Rights violations such as unlawful and arbitrary killings, forced disappearances and torture by both Government and Non -State actors.

There has also been a sharp increase in cases of arbitrary detentions in life threatening conditions particularly in government detention facilities; harsh and life threatening prison conditions including civilian detentions in military facilities, often based on flimsy or no evidence; infringement of citizens’ rights to freedom of expression, peaceful assembly, freedom of association, particularly for the teeming youth who are displeased with the high rate of corruption, improper governance and lack of employment opportunities.

The #EndSARS campaign ended in 2020 with the disbandment of SARS, but the human rights violations have not abated. Rather, cases of human rights violations in Nigeria have not only been on the rise, but have taken in new dimension in the form of a crackdown on citizens’ right to freedom of expression by the banning and restriction of the use of online social media applications such as Twitter, Facebook and other social media applications.

To underscore the seriousness of its campaign to regulate the use of social media, the government of Nigeria through the office of the Attorney General of the Federation, threatened to arrest and prosecute all citizens that violates the Ban on Twitter by continual use of the application.

From the above, it is obvious that Human Rights violations in Nigeria are not likely to abate anytime soon, hence the need to know how to seek redress is important to every Nigerian.

Are There Provisions That Protect Human Rights in Nigeria?

Chapter IV of the Constitution of the Federal Republic of Nigeria 1999 (As Amended) also contains Human Rights provisions that the government of Nigeria is mandated to uphold and enforce.

Some of the fundamental rights guaranteed by Chapter IV of the Constitution of the Federal Republic of Nigeria 1999 (As Amended) include:

Where Should I Go for Redress If My Human Rights Are Violated?

The following places are where redress on human rights violations can be sought:

What are the Advantages of Seeking Redress in Court for Human Rights Violations?

Unlike other institutions where complaints for human rights violations can be made, Courts in Nigeria is the preferred place to seek redress for Human Rights violations.

Secondly, the Courts are open and accessible to all irrespective of their colour, race, gender or ethnic background. Moreover, the Courts are located in every State in Nigeria so that it is very easy to locate a Court to register your complaint for human rights violations.

Thirdly, the courts have a standard procedure for receiving and hearing complaint for human rights violations. This is provided for in the Fundamental Rights Enforcement Procedure Rules (2009) and is applicable to every complaint filed in court for the enforcement of Human Rights.

Fourthly, the Courts have coercive powers to summon witnesses and respondents to appear before it to give evidence, present relevant document or respond to any human rights complaint filed before the Courts.

The Courts are also empowered to release detainees that are held illegally and award damages against human rights violators including State and non -State actors. Moreover, violators of human rights who fail to obey orders issued by the Courts may be subjected to contempt proceedings that may result in conviction for contempt.

Do I Need a Lawyer to File a Complaint in Court for Human Rights Violations?

Ordinarily, it is not necessary to retain the services of a lawyer to file a complaint in Court for human rights violation because the access to the Courts is not only open to everyone, but the Fundamental Rights Enforcement Procedure Rules specifically provides that anyone who believes that his human rights have been or likely to be violated may approach a High Court for redress.

However, for the following reasons provided below, it is advisable to contact a lawyer to assist you to seek redress in cases of Human Rights violations:

Secondly, these forums are open and accessible to all citizens who wish to file complaints for Human Rights violations.

Thirdly, unlike the Courts, these institutions are empowered to carry out investigations that border on Human Rights Violations.

There are several disadvantages that come with seeking redress for Human Rights violations in other Human Rights Institutions other than the Courts.

The first is that unlike the Courts, these institutions lack coercive powers to summon witnesses and respondents to appear before them to give evidence, present relevant documents or respond to any Human Rights complaint filed before them. Moreover, unlike the Courts, these institutions lack the powers to discipline Human Rights violators or respondents who fail to obey their directives.

Thirdly, they lack powers to award damages or compensation against Human Rights violators or respondents even if their investigations conclude that the victims of Human Rights abuses deserve some kind of compensation.

Joseph is an Associate in the ADR and Maritime Practice Groups at OAL. He has garnered extensive experience from assisting clients in corporate/commercial, compliance, maritime and dispute resolution in different sectors across Nigeria, UAE and GCC Region.