How to Get a Divorce in Nigeria

You are here:
ArticlesFamily Law 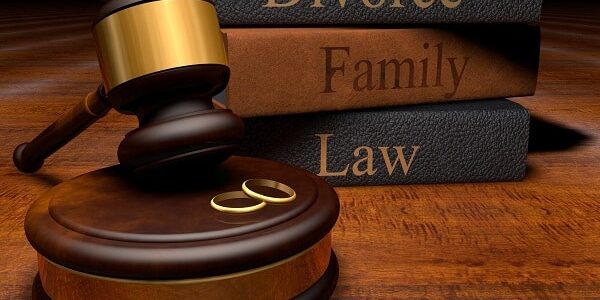 Unlike marriage, getting divorce (“Decree of Dissolution”) in Nigeria, is no walk in the park. The process can be overwhelming, frustrating and sometimes messy if not properly managed. Courts are very mindful and reluctant to dissolve marriages, as its priority is to ensure that parties are reconciled. Therefore, a Decree of Dissolution of marriage is seen as a last resort. This brief write-up, provides an insight in the process of obtaining a divorce in Nigeria.

Grounds for Divorce in Nigeria

Here the petitioner is asking the Court to dissolve the marriage because he/she feels that the other party did something wrong to warrant the decision to seek for dissolution of the marriage. It could get messy, if parties fail to manage their emotions. It is time consuming and prone to needless delays. Here, the proceedings could last up to 3 – 5 years in Court, if not well managed. At the end of the process, both parties come out as sworn enemies. If the Petitioner fails to prove the case or where he/she is found liable of adultery, the Court may likely dismiss the petition and in some cases award damages. If you must adopt any of these grounds, you must trade cautiously by seeking appropriate expert opinion.

Here neither party is held accountable for the failed marriage. It can be achieved with minimal evidential burden particularly as the process is often consensual and faster. It saves time and gives room for privacy as parties need not embark on fruitless voyage of exposing their dirty linen in public space. There is no winner no vanquish as both parties will most likely come out of the process still as friends. This benefits the Children of the marriage as both parties are likely to work closely together in ensuring that their kids get the best of care. For the above reasons, these grounds are more recommended if you desire a seamless process.

However, in any case where maintenance is ordered in proceedings in a High Court, a court of summary jurisdiction (“Magistrate Court”) in any State shall have jurisdiction to enforce payment in a summary manner.

Section 30 of MCA provides that, proceedings for a decree of dissolution of marriage shall not be instituted within two years after the date of the marriage except by leave of the court. The court will not grant leave except on the ground that to refuse to grant the leave would impose exceptional hardship on the applicant or that the case is one involving exceptional depravity on the part of the other party to the marriage.

In determining an application for leave, the court shall have regard to the interest of any children of the marriage, and to the question whether there is any reasonable probability of a reconciliation between the parties before the expiration of the period of two years after the date of the marriage.

Exception to The Two-Years Rule

By the provision of section 30 (2) MCA, the mandatory two-year rule is not applicable in the following situation;

Proceedings for a decree of dissolution of marriage is commenced via the filing of a petition by the petitioner.

MCA made no provision for the duration of divorce proceedings in Nigeria. However, divorce proceedings could last approximately a year if well managed. If not well managed or where proper expert advice is not sought, it could get messy and may extend to 3 – 5 years. To achieve a quicker process, it is advisable you adopt the “no fault” divorce option as explained above.

It is the duty of the court in which a matrimonial cause (divorce proceedings) has been instituted to give consideration, from time to time, to the possibility of a reconciliation of the parties to the marriage (unless the proceedings are of such a nature that it would not be appropriate to do so), and if at any time it appears to the judge constituting the court, either from the nature of the case, the evidence in the proceedings or the attitude of those parties, or of either of them, or of counsel, that there is a reasonable possibility of such a reconciliation, the judge may do all or any of the following, that is to say, he may-

A decree of dissolution of marriage will not be made by the Court, if the Petitioner has condoned or connived at the conduct constituting the facts on which the petition is based or has been guilty of collusion with intent to cause a perversion of justice.

The Court upon being satisfied that the Petitioner has been able to establish any of the grounds for divorce, shall, in the first instance, make a decree nisi. Instructively, the decree nisi does not signify the end of the marriage. It’s a confirmation that the marriage has broken down irretrievably and thereby creating a 3-month window period within which parties are given further opportunity to reconsider and explore reconciliation. During this period, any of the parties that is not satisfied with the decision of the court upon which the decree nisi is predicated, also has the option of appealing the decision before the order is made absolute.

If both parties are unable to reconcile their differences and/or none of the parties appealed against the decree of dissolution within the 3-month window period, then the Decree Nisi automatically becomes Absolute.

As seen from the above discourse, divorce proceedings are very complex and requires expert advice in order to achieve a seamless process devoid of glitch. To this end, it is therefore advised that you should first and foremost, consult a Legal Practitioner with considerable expertise in matrimonial matters to guild you through the process.