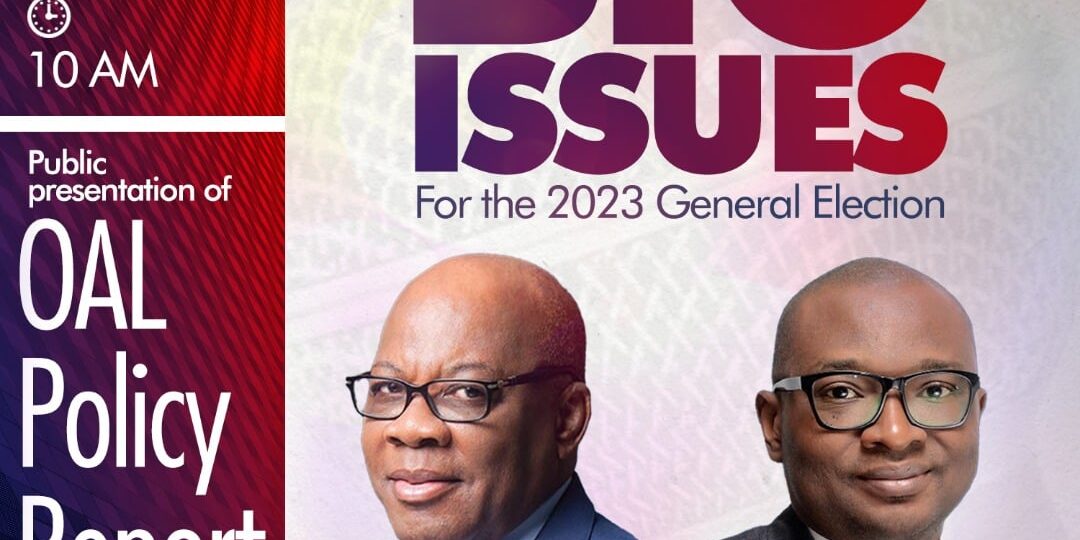 The Olisa Agbakoba Legal (OAL) has announced the presentation of its Policy Report 2022, titled, ‘Big Issues for the 2023 General Election.’

In a statement sent to BusinessDay, Niyi Odunmorayo, media assistant to Olisa Agbakoba, stated that the event would take place on Tuesday, November 29, 2022 in Apapa, Lagos, Nigeria. Participants are expected to join virtually.

“Join our Senior Partner, Dr. Olisa Agbakoba (SAN) and Associate Partner, Collins Okeke as they will be presenting to the public, OAL’s Policy Report 2022, which reviews a few of the big issues that should engage the mind of any Presidential candidate interested in leading Nigeria,” Odunmorayo stated.

According to the release, “The policy will also recommend innovative legislation, policies, and executive orders. The nature of the legislation and policies will address several issues such as national unity, the economy and insecurity.”

Stating the background for the report, Odunmorayo said: “Nigeria is in an extremely fragile state. Available indices show characteristics of a failing state. There are conflicts and agitations everywhere, feelings of marginalisation and exclusion, rise in political and criminal violence, loss of control of borders, rising ethnic, religious, and cultural hostilities, weak institutions, food shortages, unemployment, inflation, crumbling infrastructure, deteriorating human development indicators such as infant and maternal mortality and literacy rates.

“These troubling realities make the 2023 general election a defining moment for the country which, in turn, raise the need for a thorough and insightful search for who will preside over the affairs of the country after President Muhammadu Buhari.”