Non-Disclosure Agreement (NDAs) for Film and TV Executives in Nigeria 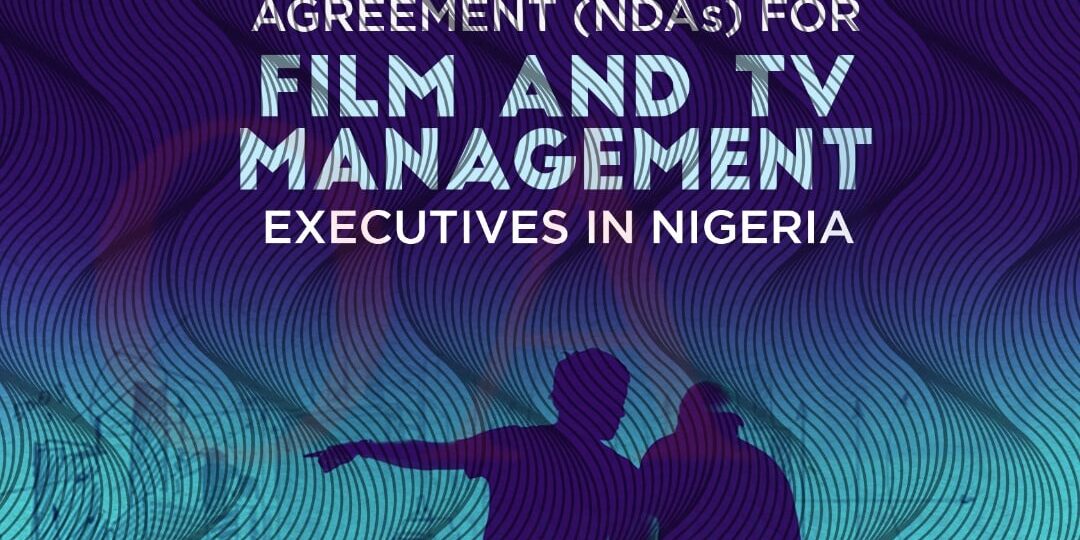 A non-disclosure agreement (NDA) just like any other contract is legally binding. However, NDAs specifically establish a confidential relationship between parties. The party or parties signing the agreement agree that sensitive information they may obtain will not be made available to others. An NDA may also be referred to as a confidentiality agreement. NDAs may be unilateral or mutual.

In the creative industry, NDAs are commonly used to protect the confidentiality of sensitive projects before they go public. NDAs are typically used for media projects, big budget films, music videos, screenplays, and storylines when the following conditions are met:

However, judging by a certain amount of distrust and information asymmetry in the industry, it is not uncommon to find that often Screenwriters, extras, and sometimes actors hold the view that NDAs are used by the producers to exploit them. There have been murmurings and complaints ranging from speculation about over or under payment as a result of confidentiality clauses in the NDA.

The major question becomes, what clauses should you look out for before signing an NDA? NDAs include a lot of information. It is therefore important that the signatory individual (the one being asked to sign the NDA) fully understands the terms and expectations of the contract such as:

It is critical for all creatives whether filmmakers, screenwriters, actors, and other players not to sign an NDA if they have unanswered questions or if there are parts of the agreement they disagree with. Before signing, you have the right to request changes to the confidentiality agreement. While some film producers may be opposed to an amendment if you have a valid reason for the change.

In conclusion, insofar as producers/filmmakers may believe that protecting their own privacy, projects or the ways in which their work is used is imperative for all creatives working in the entertainment industry. It is also important for the other stakeholders in the creative industry (Screenwriters, Actors, crews and others) to familiarise themselves with the key legal aspects of an NDA and seek the help of a competent entertainment legal professional that can prevent issues down the line rather than completely avoiding signing a Non-Disclosure Agreement totally. In the film and TV industry, once the terms are in writing, and you sign the contract, they can, and WILL apply!